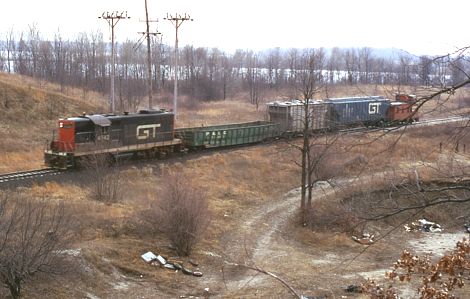 Root Station, also known as Roots and Valley Villa, was settled about 1884 as a station on the Grand Trunk Western railroad northeast of Jackson in Jackson County. It was also called Tanner but changed to Roots in 1885.

Photo Info: Top, this is the GTW Pontiac to Jackson turn with GTW 4542 in the lead. It is passing the area of Root Station in Jackson County in March, 1974. [Doug Leffler]