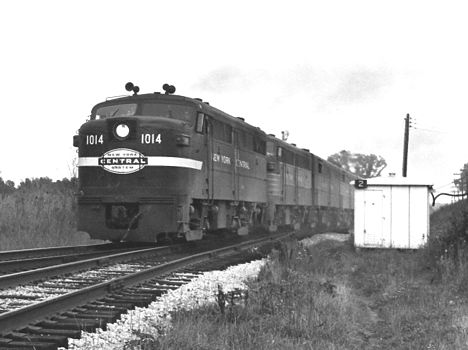 CP 2 (control point 2) was the east end of a two mile long passing track on the New York Central Air Line branch in Jackson County. This was installed with the 1950's track modernization program which created this line as a high-speed freight route between Jackson and Elkhardt, Indiana. CP 2 was controlled by the Jackson dispatcher.