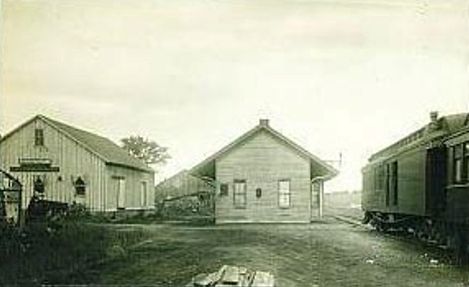 Almont was on the western edge of a Pere Marquette branch line which ran west from Port Huron. The village was also served by an interurban railroad line.

Almont had a hand-operated turntable. It was in the southeast corner of the town just east of a feed store on what is now M-53. Tennis courts are now on the exact site.