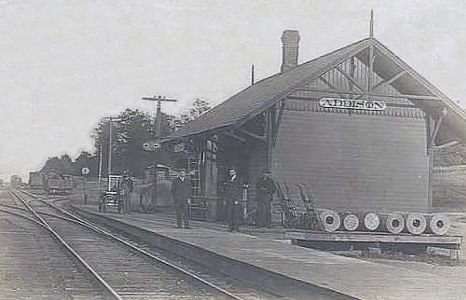 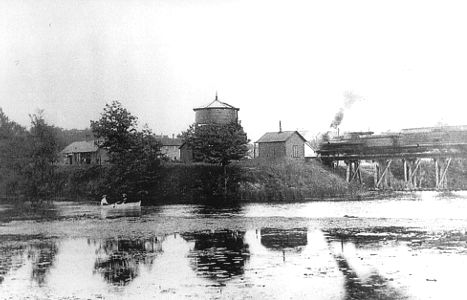 Addison was founded in 1835 when a grist mill was built here. It was also known as Manitau, Brayton Brown, Peru, Brownell's Mills, Jackson's Mills and Harrison. It was renamed Addison in 1851. It became a village in Lenawee County in 1893. [MPN]

Addison had a water tower which was located just west of the river. (See photo).