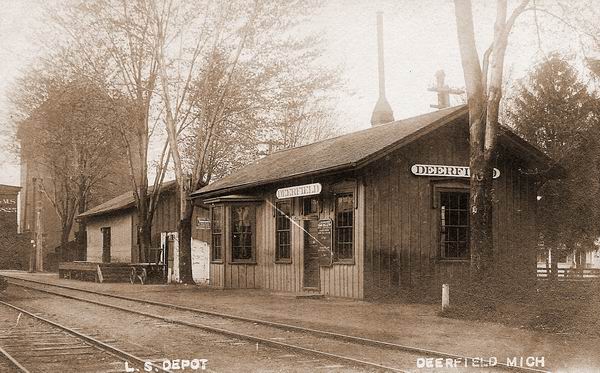 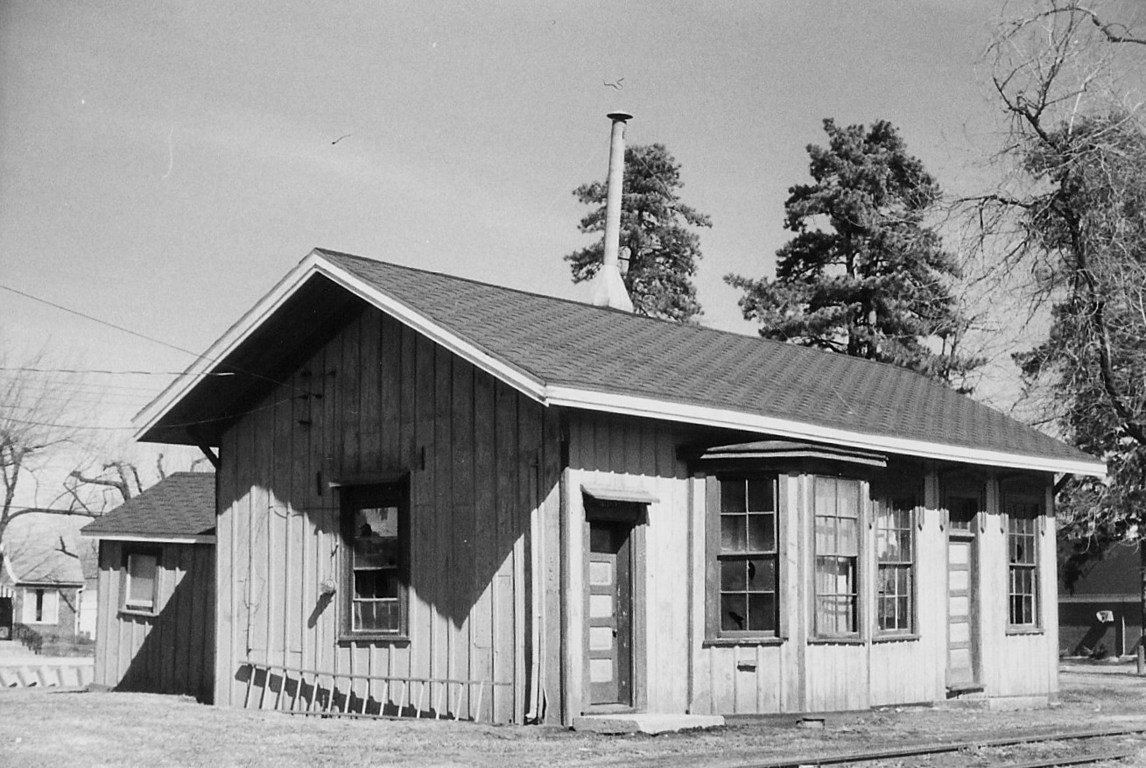 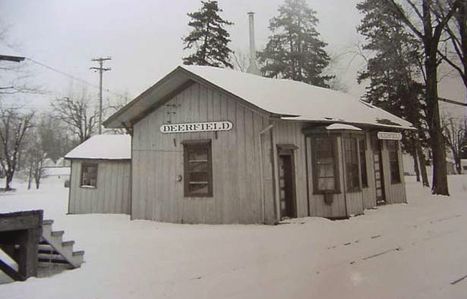 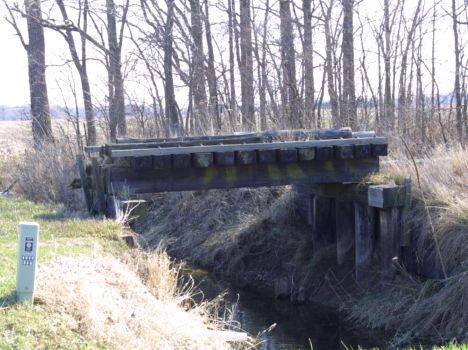 Deerfield was settled in eastern Lenawee County about 1826 and the town became a village in 1873. [MPN]

The "Southern" railroad (state owned) built through here on their original line from Monroe to Adrian. This became part of the LSMS Monroe Branch from Lenawee Junction to Monroe. This line was used until about 1975.

The Canada Southern also built through here on their route from Canada (via Grosse Isle) and Flat Rock. The CS line was an attempt to create a line all the way to Chicago but it was built only through Morenci and Fayette, Ohio before it incurred financial hard times and was scooped up by Vanderbilt interests and folded into the Lake Shore & Michigan Southern. The CS line was later pulled up.

Photo Info/Credit: Top, The LSMS Deerfield Depot with the freight house behind it. 2nd photo, the CASO depot at Deerfield. 3rd photo, the Lake Shore depot at Deerfield. This depot was moved to Blissfield and is used by the local historical society and the Adrian & Blissfield railroad. [Alan Loftis collection]. 4th photo, the old LSMS/NYC right-of-way about 1 mile west of Deerfield in 2003. Farmers have cropped the right-of-way down on either side and left the trestle standing. [Dale Berry]