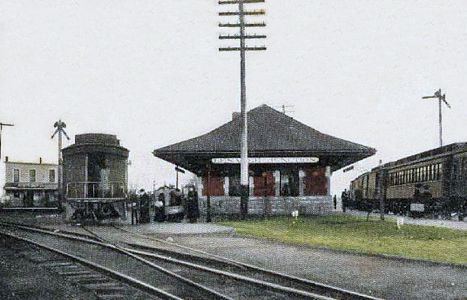 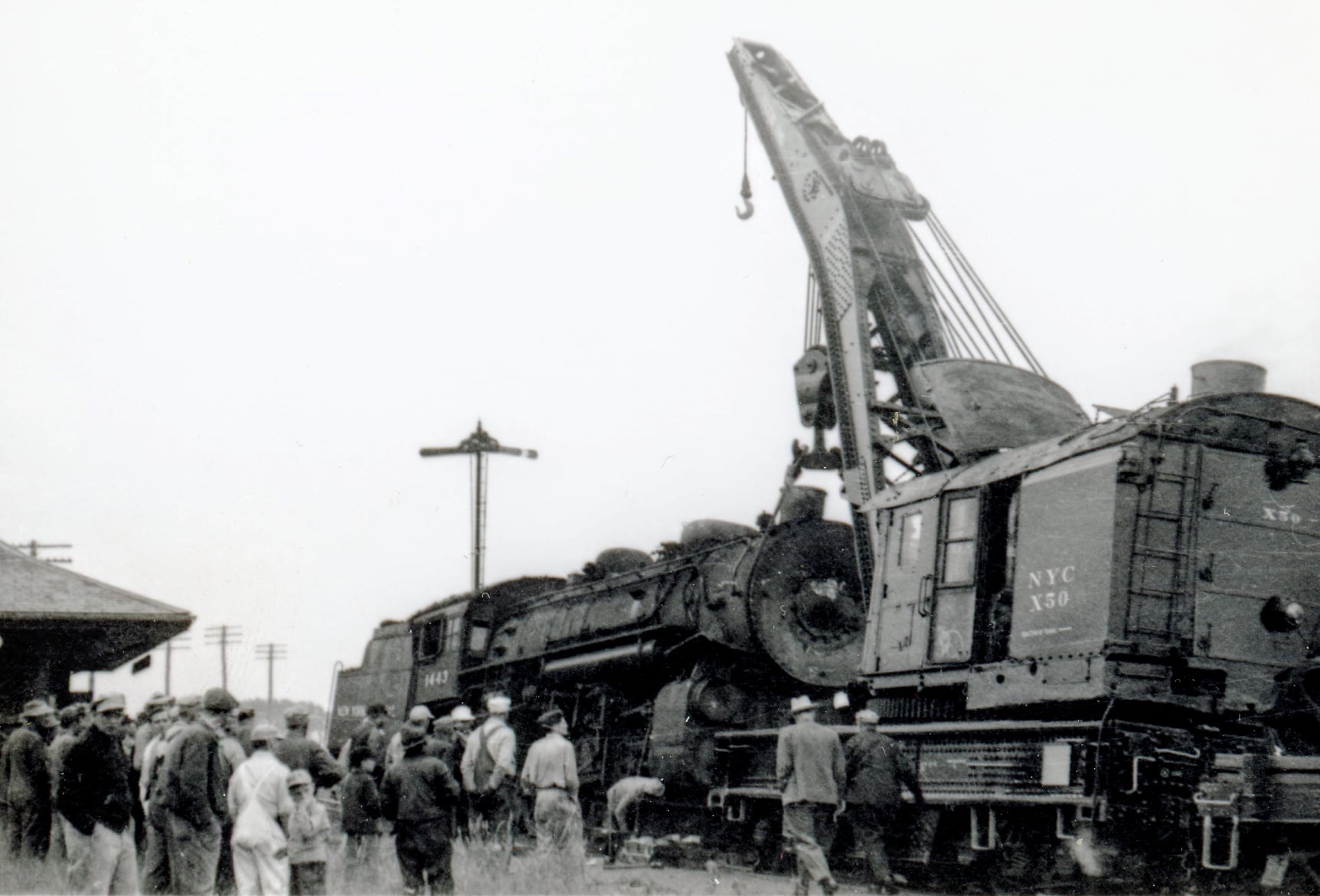 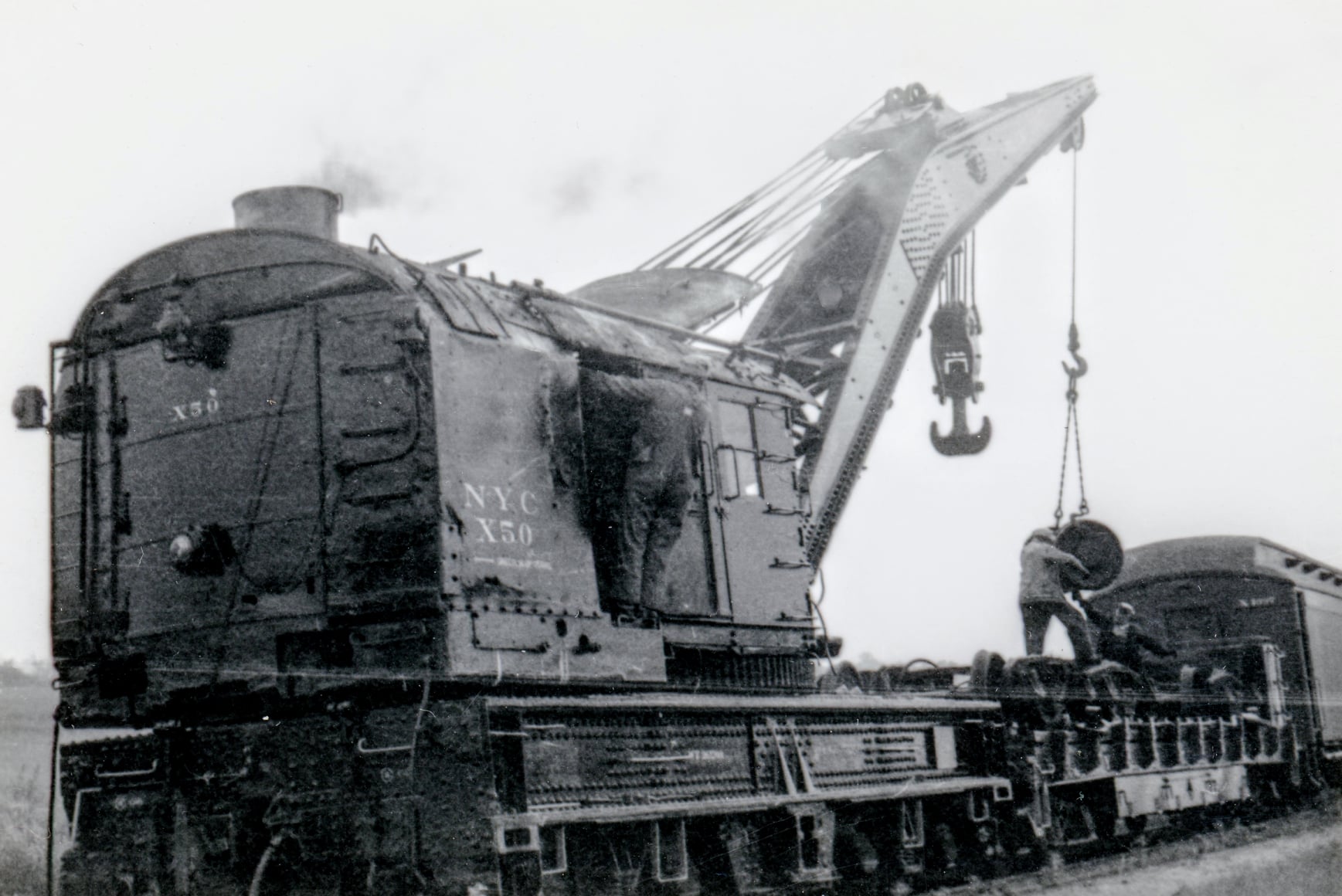 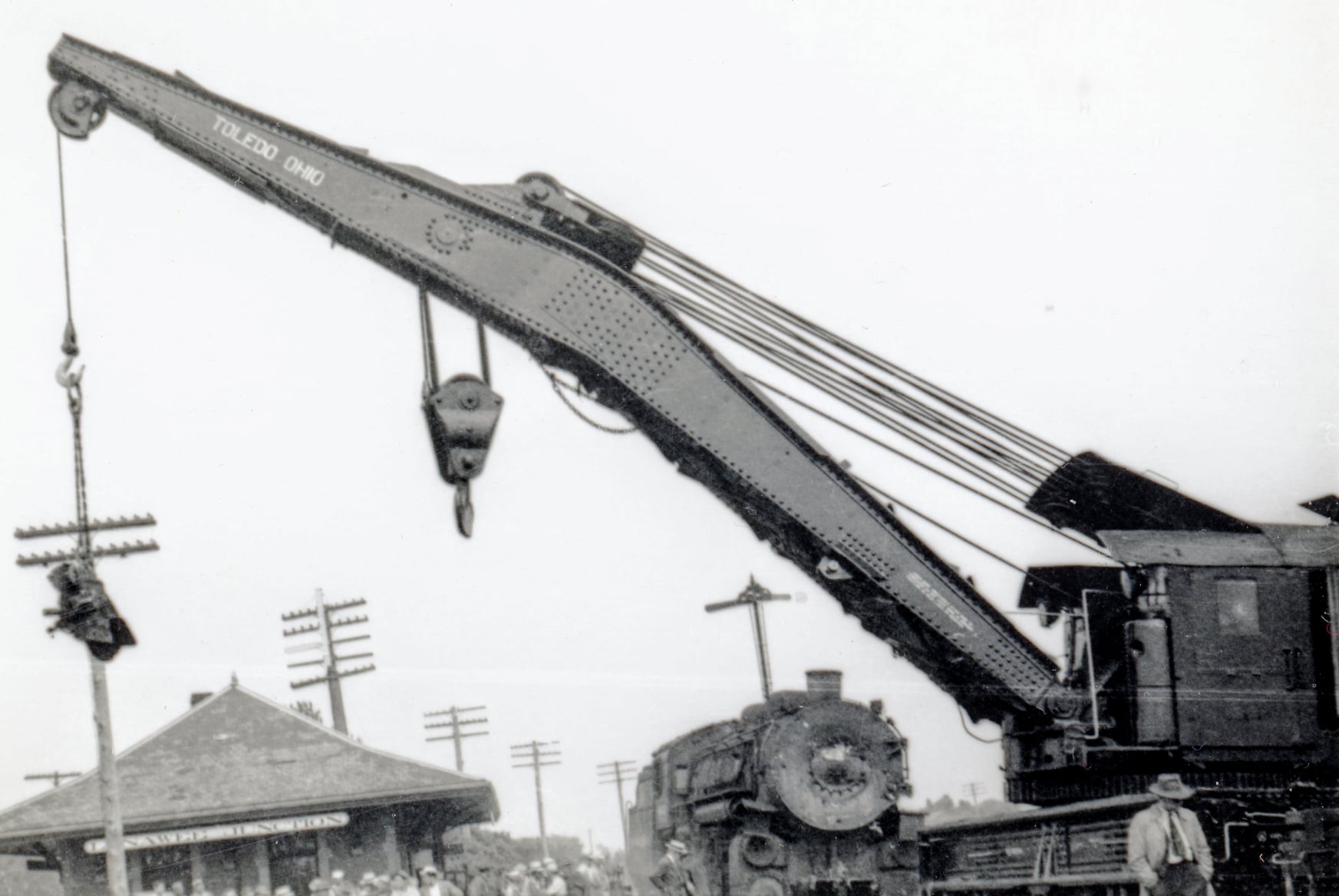 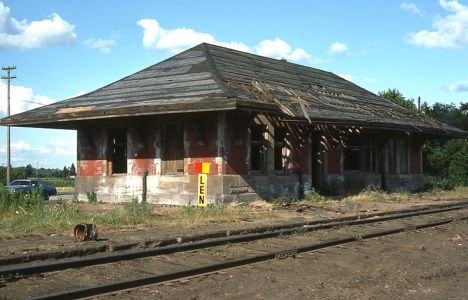 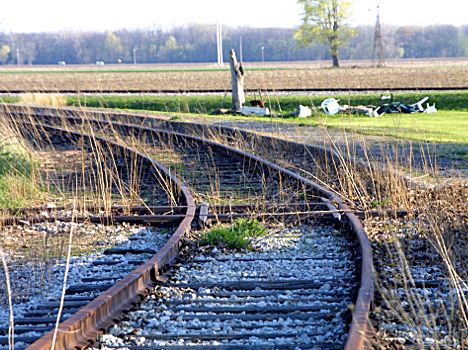 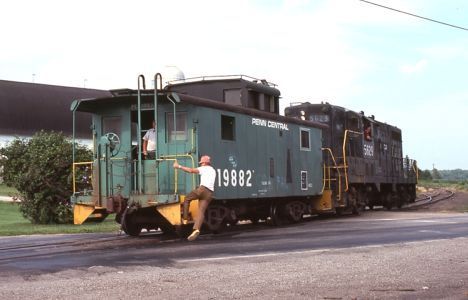 A depot was built here so that passengers could change trains and also so house a block operator to control trains on the three lines (the "Old Road", the Monroe Branch and the Jackson Branch.

Photo Info: Top, a postcard view of trains at Lenawee Junction also also a view of a nearby business, likely some type of hotel for use by passengers. Train order signals are present on both lines. This photo is believed to be taken looking southeast, with the LSMS Old Road at the right, the train on the left on the Monroe Branch ready to leave for Monroe. The line going to the far left wye is the Jackson Branch.

7th photo a 2002 photo of the diamond (which still exists as of 2015. This is looking south on the Jackson branch and the crossing is the Monroe Branch. Note the cement curbs for the depot which is long gone. [Dale Berry].

1874. A group of tramps and vagrants "too idle and dissolute to do anything honest for a living" came into Adrian on a freight train and proceeded to "foot it" out of town by the Detroit track. They raided the premises of farmers and generally everything along their route. Among the suffers are the switch tender at Lenawee Junction and nearby farmers. They also kicked open the door of the railroad office at Deerfield Junction. Three were arrested by railroad detectives and sentenced to the Detroit House of Corrections. [DFP-1874-0731]

1909. Alone in the little railroad telegraph office and waiting room here Tuesday night with a demented woman, Operator J. B. Bloomfield was attacked by her, and for a while there was a fierce struggle. The woman was Mrs. Frank Alexandria, a former school teacher, and now wife of a wealthy Adrian man. Suffering from insanity brought on by religious excitement, Mrs. Alexandria walked from Adrian to this place. She is about 30, and of prepossessing appearance. Mrs. Alexandria walked into the waiting room shortly after nightfall.

She seemed quite for several hours and then asked Bloomfield for something to read. He told her that he had nothing. This seemed toianger the unfortunate woman. She seized a stack of railroad documents and tore them up. Bloomfield attempted to stop her and the struggle began. She pulled a long pin and made a savage attack upon him. There was a desperate struggle, lasting several minutes before the operator overpowered her. Bloomfield then telephoned to the jail at Adrian for help. It was three hours before the officers arrived, and the insane woman divided the time between singing and praying and attacking the operator with her bare fists. She fought desperately when the officers took her. [PHTH-1909-0203]