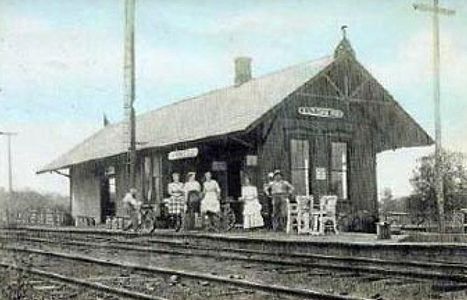 Onsted was founded in 1884 when the Michigan & Ohio railroad came through the area. It became a village in Lenawee County in 1907. [MPN]

The M&O was never a successful railroad financially, and went through a number of ownership changes. It later was operated as the Detroit, Toledo & Milwaukee east of Moscow by the Lake Shore & Michigan Southern.