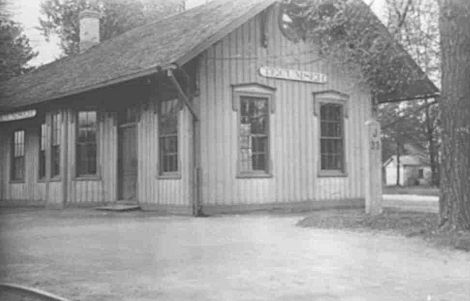 The town was home to three different railroads. The E&K's Tecumseh Branch came through here in the 1840's and was later absorbed by the Lake Shore & Michigan Southern and renamed the Jackson Branch for its new terminus to the north. The Detroit, Toledo & Milwaukee came through here next in the 1880's on its line from Allegan to Dundes. The third line into town was the Detroit & Lima Northern which came up from Lima, Ohio via Adrian. This line ended in Tecumseh and they used trackage rights on the DT&M to reach Dundee and points east to the Delray area of southwest Detroit.