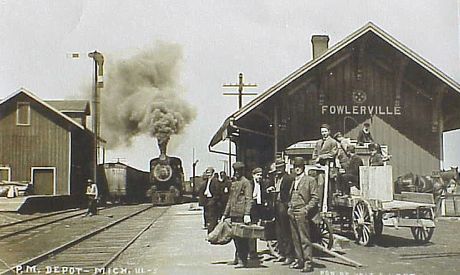 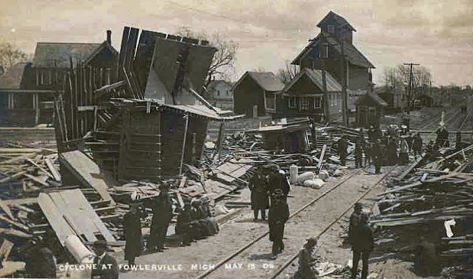 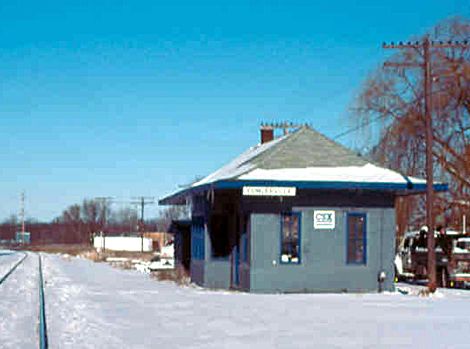 Fowlerville in western Livingston County was settled about 1836. It became a station stop on the Pere Marquette railroad west of Howell. The town became a village in 1871. [MPN]

Photo Info/Credit: Top, a turn-of-the-century photo of a predecessor depot at Fowlerville. 2nd photo, the original depot was destroyed by a "cyclone" in 1909 and a new depot was built. [Both, Alan Loftis collection]. 3rd photo, the new depot, now under CSX ownership in 1994. The depot is now used by track section crews. [Charlie Whipp]