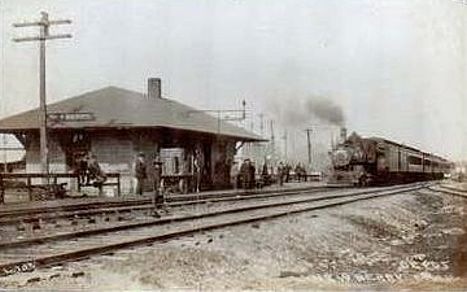 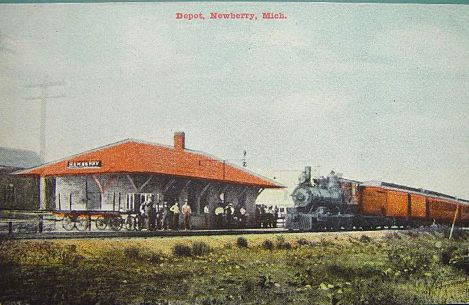 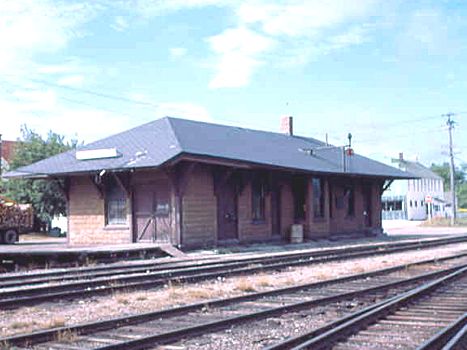 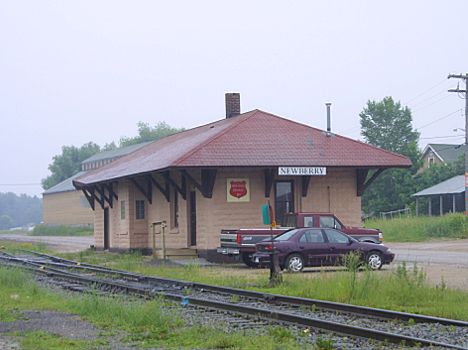 Newberry was founded about 1882 as the logging headquarters of the Vulcan Furnace Company. It is the county seat of Luce County and first called Grant's Corner. It was home to a state psychiatric hospital which is now a prison. The town became a village in 1885.

From the Newberry News, 11/23/1889: "Newberry DSS&A Depot An 'Old Wood Shed'.  Railroad managers sometimes forget their obligations to the public. They are not granted valuable franchises simply to enrich the projectors but also to accommodate the public along the line. Wonder if there isn't some way of compelling the DSS&A to build a depot for the accommodation of the public at this place instead of the old wood-shed they are using. [Newberry News, 23 Nov, 1889]

The Newberry station of the DSS&A was built in 1907. The small depot measures 20' by 60' with a hipped roof and overhanging eaves supported by wooden bracket. It is constructed of red standstone and rests on a stone foundation, a rare design for a small station in the U.P. [UPM] 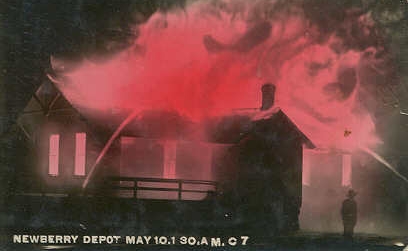