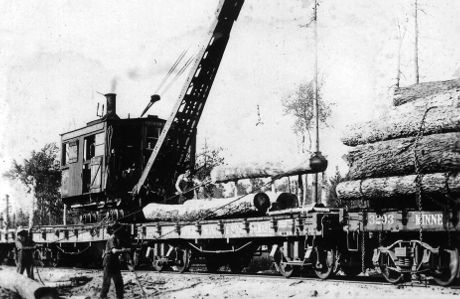 Moran is 11.1 miles west of St. Ignace Docks on the DSS&A. .  Moran was originally named Jacob City after a Mr. Jacob who was president of the German Land Company that started the settlement. It was renamed Moran in 1883, a year later.  Sawmills that operated at Moran include Sckeraszy flour and saw mill (in 1905), Sveitner sawmill in 1909, Appleford Bros. sawmill in 1917 and the Quay Lumber Company sawmill. There was a junction switch to the north/north east which served the Quay saw mill and its standard gauge logging railroad that went north from Moran.  [CB/MIHX8]