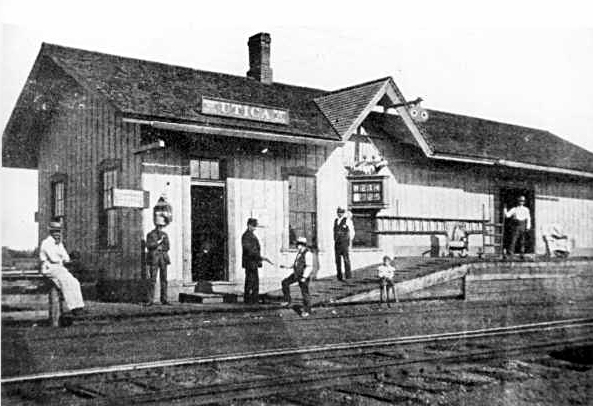 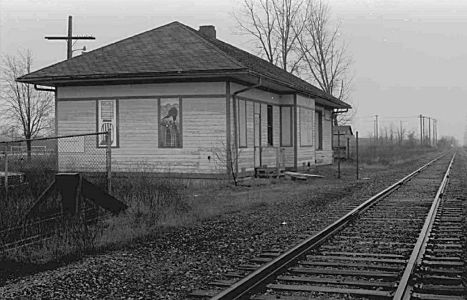 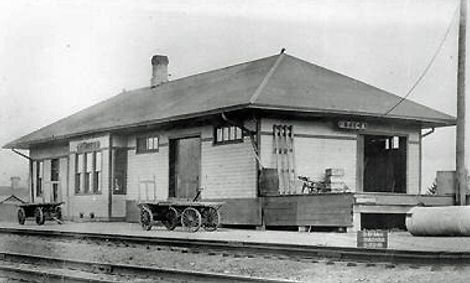 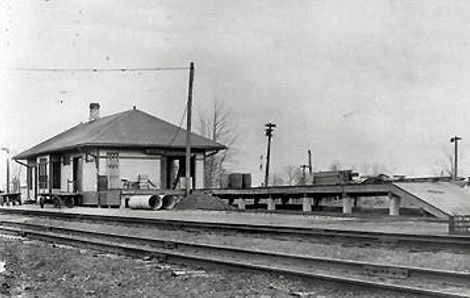 Utica was a station stop on the Michigan Central's Detroit to Bay City branch, and is on the northern edge of Sterling Heights. The town is still served by Conrail Shared Assets.

Photo Info/Credit: Top, an early view of the depot at Utica. It appears to have a train indicator box protruding out from the wall under the train order signal. These were used for a time to inform passing trains about the status of trains on the track ahead.  [AL]. 2nd photo, the Michigan Central depot in Utica, taken in 1982 during Control ownership. The depot was razed by fire sometime in 1982 after this photo was taken. [Charlie Whipp]. 3rd- and 4th photos, these are earlier versions of the depot. [Alan Loftis collection].