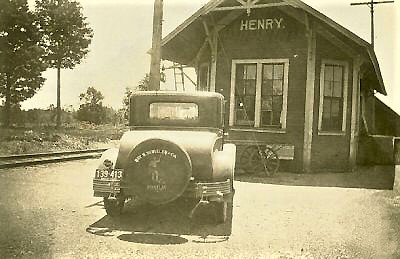 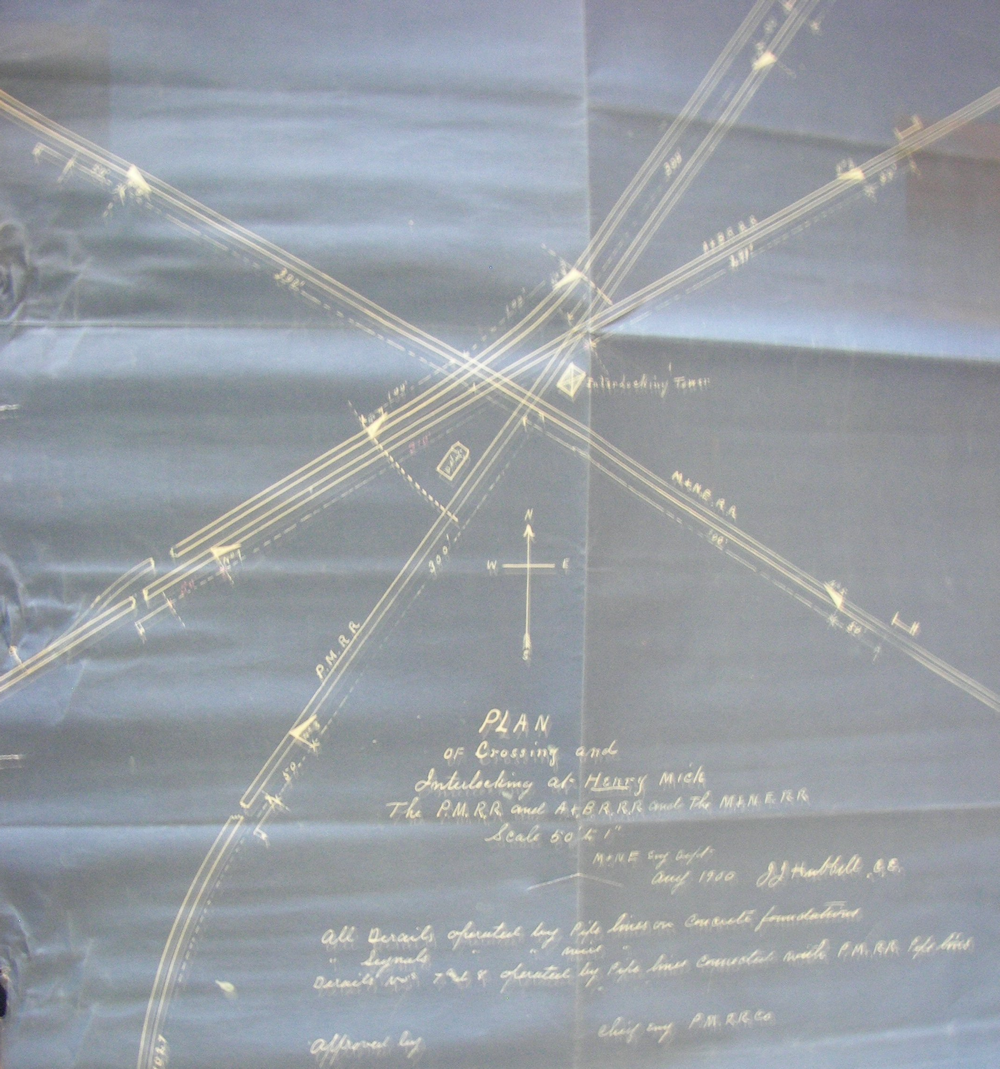 Photo Info: Top, a photo of one of the depots at Henry, but not identified. It is likely the PM depot. 2nd photo, a bluepring of the interlocked crossing at Henry. [MSAI]