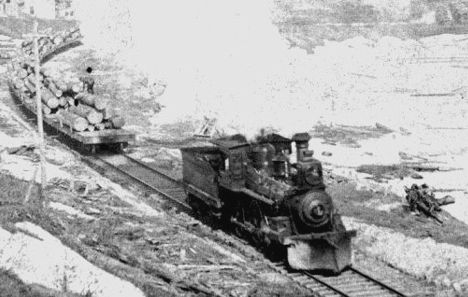 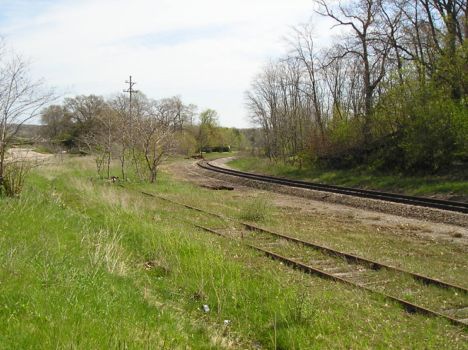 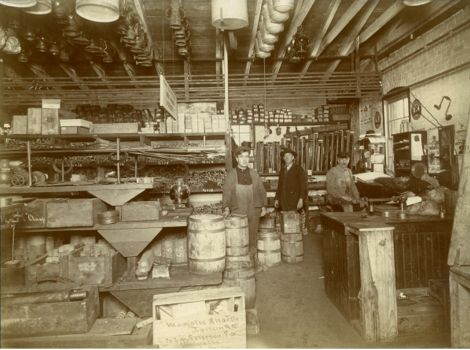 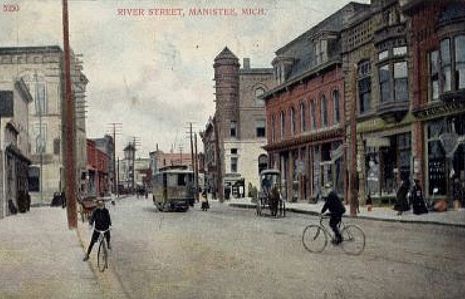 Manistee is the county seat of Manistee County and was founded about 1840. A sawmill was located here in 1841 and the town became a city in 1869. [MPN]

In 1871, most of the town was wiped out by a fire. The town was rebuilt. In 1880, business interests drilled successfully for brine and the city became a producer of salt products.

1888. October 12. Early yesterday the Manistee & Northeastern railroad commenced laying track past th Sorenson boarding house. As soon as Mrs. Sorenson discovered the workmen laying the track she, with revolver in hand, went to the workmen and demanded that they desist. They refused, whereupon she ordered a rocking chair to be brought out and, planting it across two ties, she occupied the chair throughout the day, all night and until 5 o'clock this evening, preventing the men from laying the rail, at which hour she was arrested and placed in jail, charged with obstructing the building and operating of railroads. 'DFP-1888-1012]

1889. January 14. The first passenger train was run over the M&NE railroad on Sunday last. The train consisted of the new engine and tender, a combination smoking and baggage car, and one coach. The engine and coach arrived at Manistee from the east on Thursday, this being the second of the company's engines to arrive. [DFP-1889-0114]

1890. The M&NE has built a large freight and passenger depot at the head of Third street in this city, enlarged their roundhouse, constructed a dock. [DDFP-1890-1231]

1902. The M&NE noon train, being late, came into the city at a high speed. At Monroe street crossing it struck the rear end of a trolley car and seriously damaged it. A young man from Frankfort had his foot split open and was taken to Mercy hospital. The trolly car was full of passengers most of whom were badly shaken. [DFP-1902-0605]

1910. August 13. Frank Kulka, single, of Filer City, was killed last night by a logging traon on the Manistee & Luther railroad. Kulka was going east on a railroad velocipede and fell asleep as a result of heaving drinking. About midnight the incoming gtrain struck him and his body was horribly mangled. [DFP-1910-0814]

1936. Dec. 6. Fire destroyed the M&NE railway's roundhouse at the edge of the city Sunday. The loss was $150,000. Five locomotives., a storehouse, a paint shop and all equipment in the building were destroyed. The loss was covered in full by insurance. The only things salvaged were one locomotive, one passenger coach and two snow plows. [DFP-1936-1207]