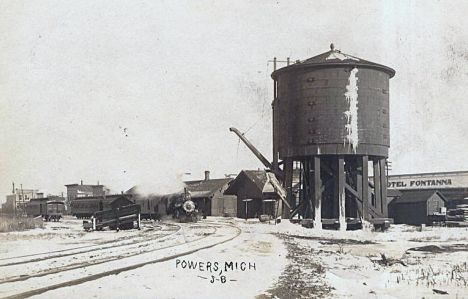 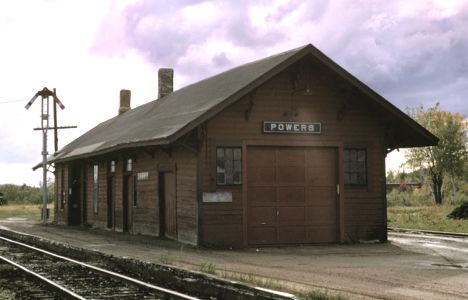 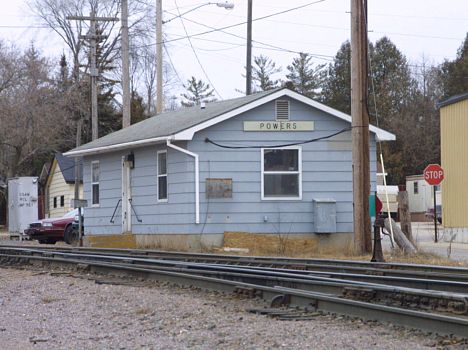 Powers was an important junction point on the Chicago & North Western railroad in northern Menominee County. The town was settled about 1872. It was incorporated ad a village in 1915. [MPN]

Powers was the junction point of the C&NW main line between Menominee and the Escanaba, and their branch line between Powers and Iron Mountain.

Photo Info/Credit: Top, an old photo of an arriving C&NW passenger train at Powers. Note the difference in size of the locomotive of the day and the size of the water tower. [Alan Loftis collection]. 2nd photo, the Powers depot in 1969. [Mark Andersen collection]. 3rd photo, a 2003 photo of a new station/office building. [Dale Berry]