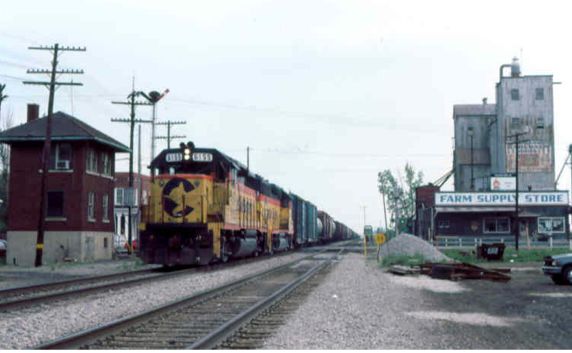 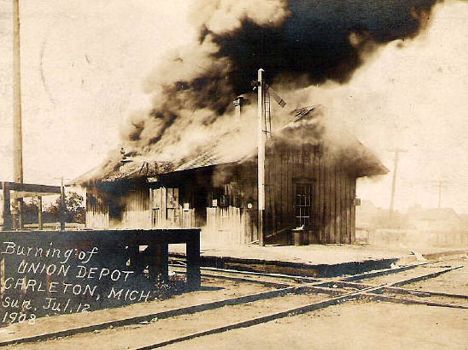 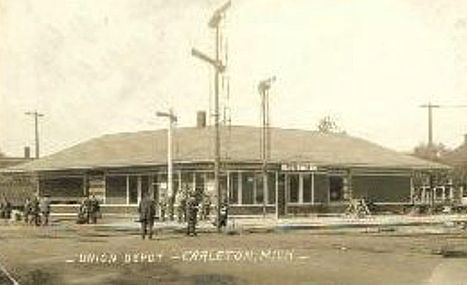 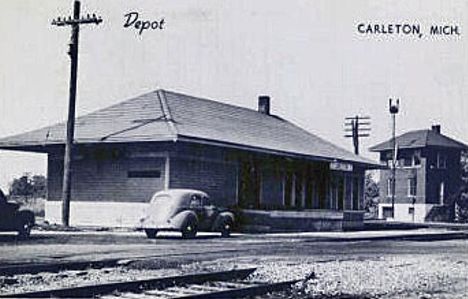 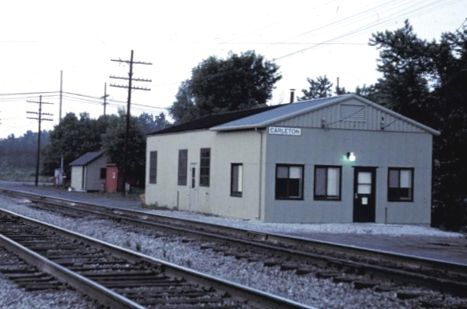 Carleton village was laid out about 1872 in northeast Monroe County. It became a village in 1911. [MPN]

Carleton was home to three railroad lines, the Pere Marquette (later C&O/CSX) running north-south, Canada Southern (later becoming the Detroit, Toledo & Ironton) running east-west, and the Pennsylvania Railroad, which used the PM line north to here and then went northeast on its own line just north of town.

The PM/DT&I crossing was protected by an interlocking tower here, which lasted until the early 1990's when it was remotely operated by CSX dispatchers in Jacksonville, FL.