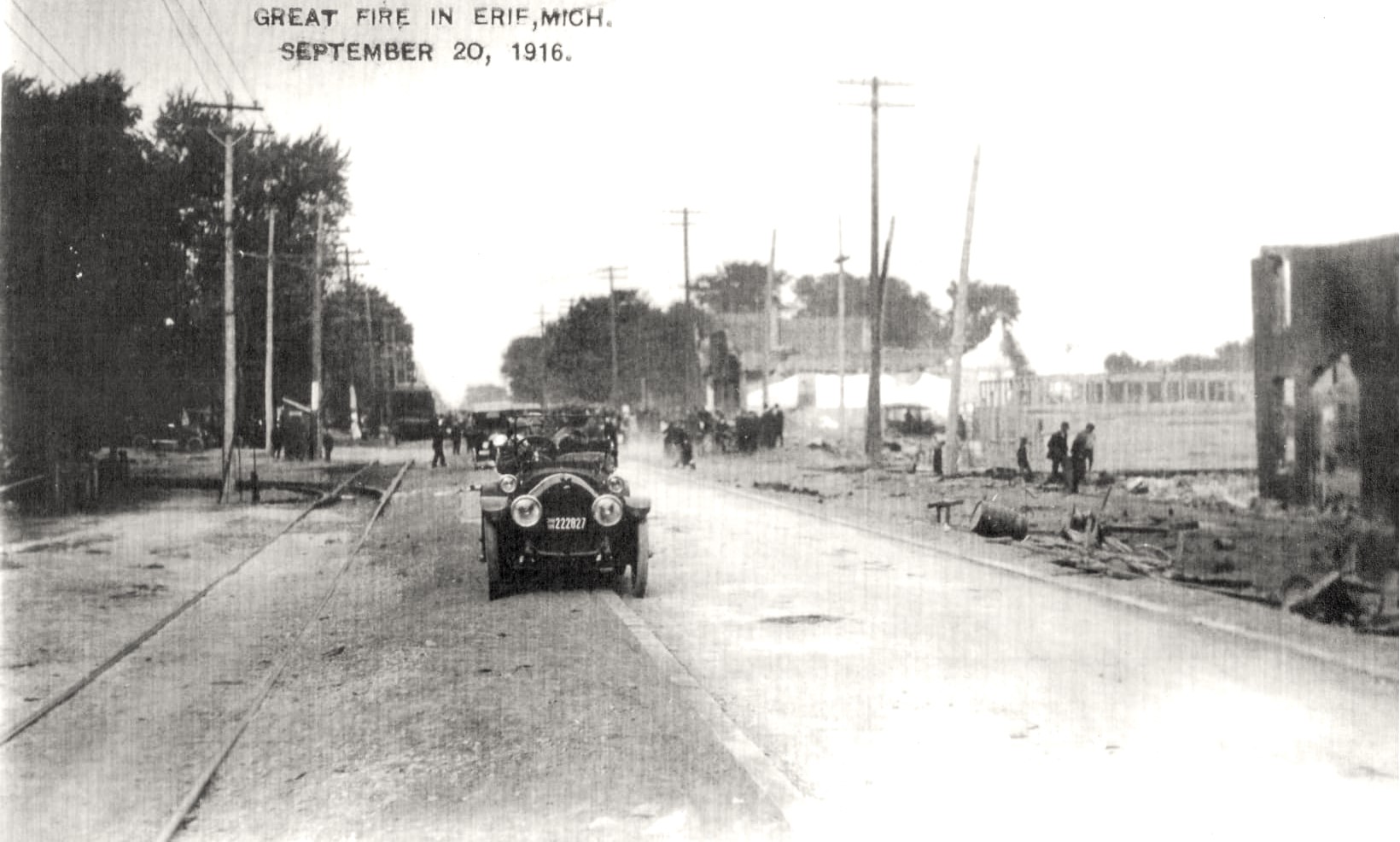 Erie was settled about 1790 about five miles north of the Ohio state line near Toledo. It was formerly known as Bay Settlement and then changed to the name of its township. [MPN]

Erie was a station stop on the Pere Marquette railroad. In the early 1900's, the railroad built Ottawa Yard here which was the PM's main freight yard in the Toledo area.

Photo info: An old auto and interurban train passes through Erie in 1916 after a fire destroyed part of the town.