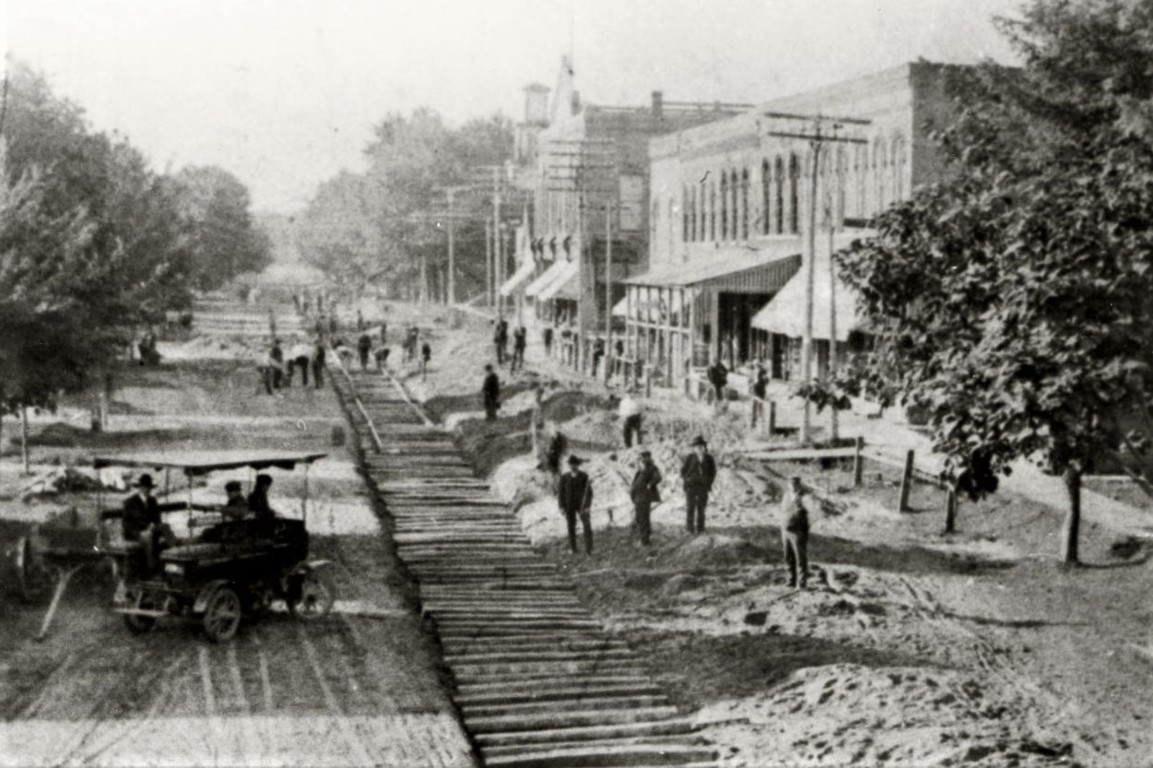 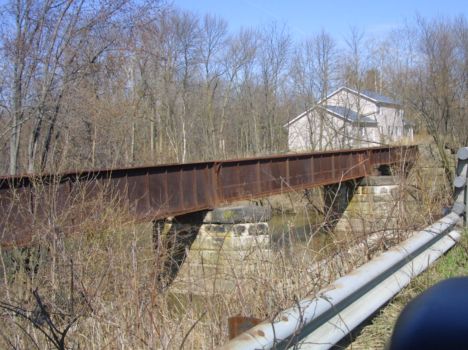 Petersburg, also known early as Petersburgh, was settled about 1824. [MPN] The town site became a station stop on the Southern line, one of the state's first railroads from Monroe west to Adrian and beyond. Later, the Canada Southern came through here (just to the north) and the DT&I built a branch through here en route to Toledo. As a part of the DT&I's line straightening project under Ford ownership, a cutoff was established from Durban to Malinta. The DT&I line was related to a branch line which came up Saline Street from Petersburg Junction (about a mile south of town).

Photo Info/Credit: Top, crews are laying track down the center of downtown for the DT&I. [Elizabeth Caroline Crosby Papers, UMB]. 2nd photo is the former bridge in Petersburg of the Lake Shore & Michigan Southern railroad which ran between Monroe and Adrian. This line was pulled up in 1975 but the bridge stills stands in 2003 when this photo was taken. [Dale Berry]

Michigan Railroad Commission note: The DT&I crosses the Monroe Division of the New York Central at Petersburg and the same is protected by gates.  All trains on each railroad are brought to a stop in advance of the crossing as required by law.  [MCR-1916 pg. 49]