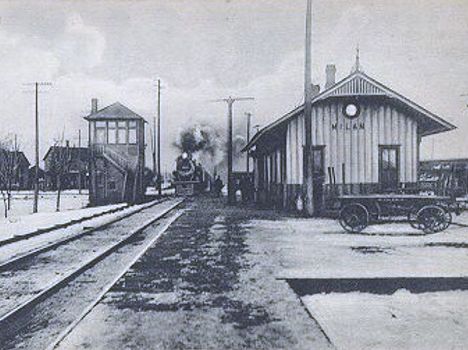 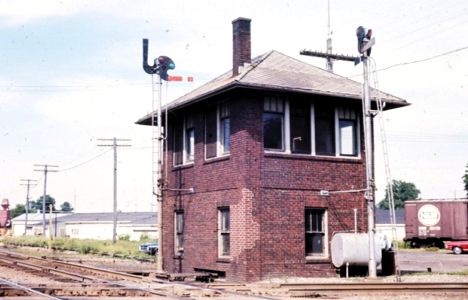 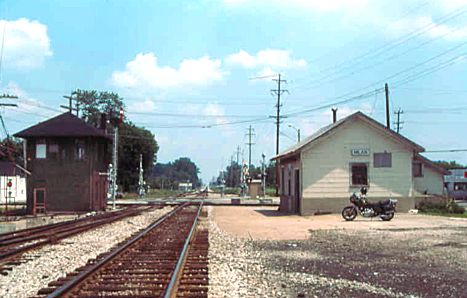 Milan interlocking tower controlled the crossing of the Wabash main line (Detroit to Montpelier, OH) and the Ann Arbor main line (Toledo to Frankfort). Th crossing had wyes in each quadrant except the southwest quadrant,

The old tower was destroyed in a train derailment. It has been reported that this tower building was used previously at Britton, MI and moved when the crossing at that location was decommissioned.

November 30, 1900. The interlock on the Ann Arbor road at the Wabash crossing at Milan will be used today for the first time. It was put in under the supervision of Milo Bott, of Owosso, who has general charge of the water works and interlocks of the [Ann Arbor] road. He met the state railroad signal inspector on the ground Saturday. There are 15 levers to interlock. It cost bout $2,200. [OT-1900-1130]

June 21, 1930: Changes in this interlocking are made to accommodate automatic block signals on the Ann Arbor Railroad from Milan north to Ann Arbor. [MPUC-1930]