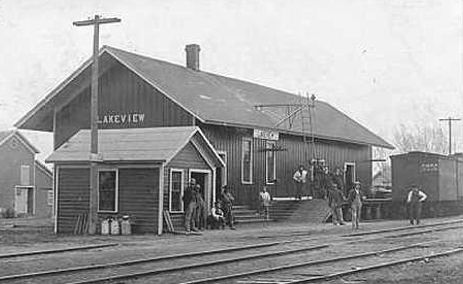 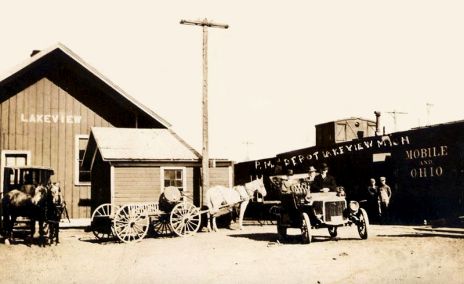 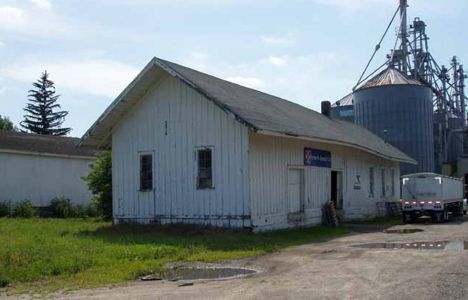 Lakeview was first settled about 1858 on the west bank of Tamarack Lake. The town was incorporated as a village in 1881. [MPN]

Lakeview is in northern Montcalm County and was on a Pere Marquette branch line which ran between Edmore and Howard City. It is about half way between these two towns.

Photo Info/Credit: Top, the PM Lakeview depot. The local folk appear to be waiiting for the train, or are just there to get their photograph taken. 2nd photo, the same depot early in the 20th century. [Both, Alan Loftis collection]. 3rd photo, a 2003 photo of the old depot. [Alan Loftis]