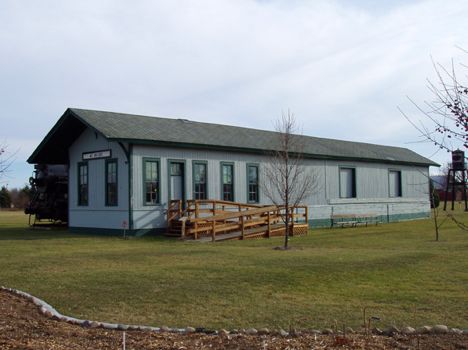 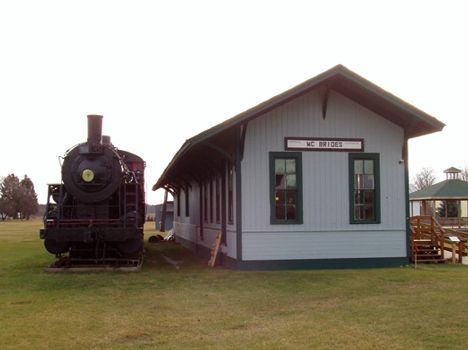 McBrides was settled about 1874 with a saw mill located here. It was incorporated as a village in 1883. [MPN]

McBrides was a station stop on the Pere Marquette railroad between Stanton and Edmore, about half way in between.

According to local information, Frank and June Parr donated the depot and funded its move to the village in 1995. The railroad came through here in 1877 and they erected the depot near McBride's Mill.