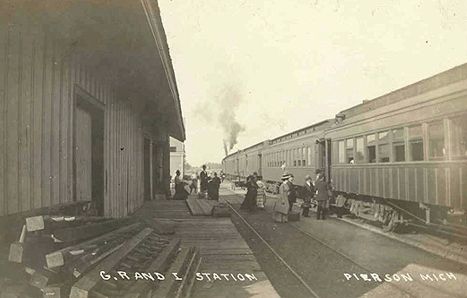 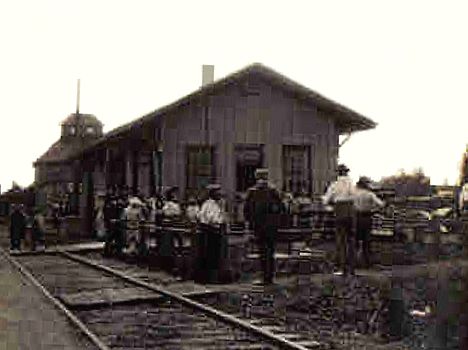 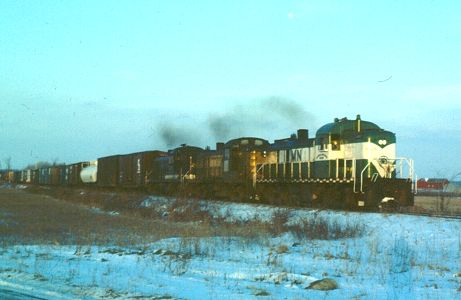 Pierson was settled about 1856 in western Montcalm County. The town was incorporated as a village in 1873. [MPN]

Photo Info/Credit: Top, the GR&I depot at Pierson with a passenger train loading. 2nd photo, the same depot in a blurry photo. There appears to be another structure behind the depot, perhaps a water tower. [Both, Alan Loftis collection]. 3rd photo, a lash up of Michigan Northern 1501, 1554 and 2037 leads a southbound train through Pierson on December 23, 1977. [Greg Bunce]