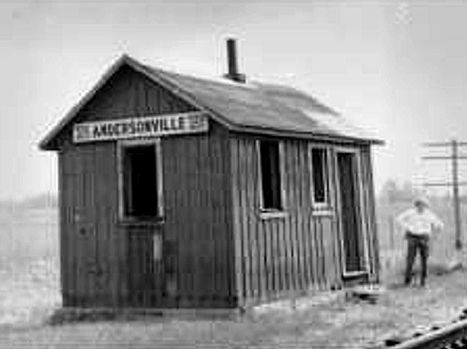 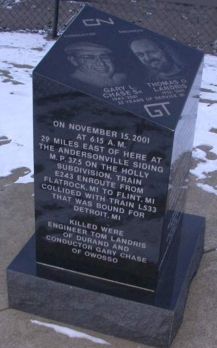 Andersonville was settled in 1833 and called Husted Settlement in Oakland County. It was renamed Andersonville in 1895. It was a station on the Detroit & Milwaukee railroad. [MPN]

Photo Info/Credit: Top, an old photo of the GTW Andersonville Depot. [William Miller, GTW Historical Society] Next, a monument located at Durand recognizing the engineer and conductor who were killed at Andersonville on November 15, 2001. The deaths were caused by a colission of two trains. [Dan Meinhard photo in 2003]