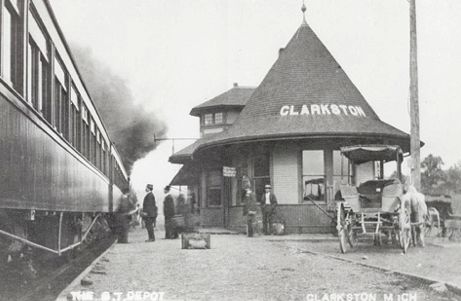 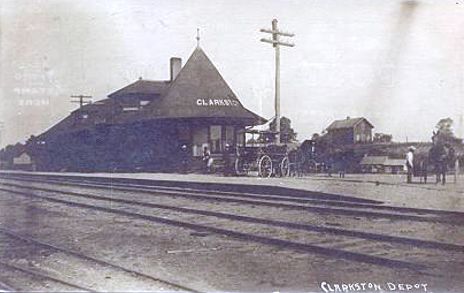 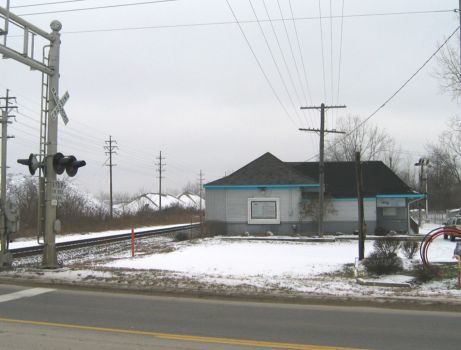 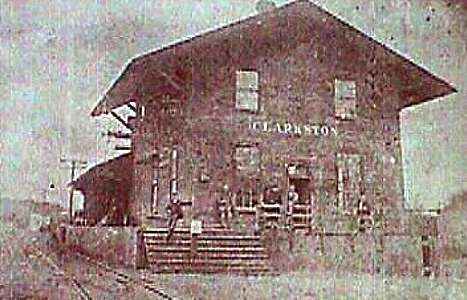 Photo Info: Top, the GTW depot at Clarkston. This depot was known as a "witches hat" depot because of its conical roof design. [Fred Riess collection]. 2nd photo, the same depot with a broader view. [Alan Loftis collection]. 3rd photo, another version of the depot in 2004. [Frank Riess]. 4th photo, the original depot at Clarkston, built in 1851. This depot burned down around 1890. The witch's hat depot was then built to replace it but it also burned down in 1923. A third depot (3rd photo) was built in 1923. [Alan Loftis collection]