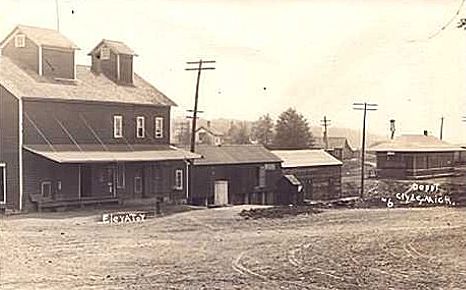 Clyde is a hamlet in western Oakland County which was settled about 1836. [MPN] It was a station stop on the Flint & Pere Marquette (later C&O/CSX) line between Plymouth and Flint. The town is about half way between Milford and Holly. A controlled siding is located here for the passing of trains.

Photo Info/Credit: Top, the Pere Marquette depot at Clyde. The depot is dwarfed by the town grain elevator.