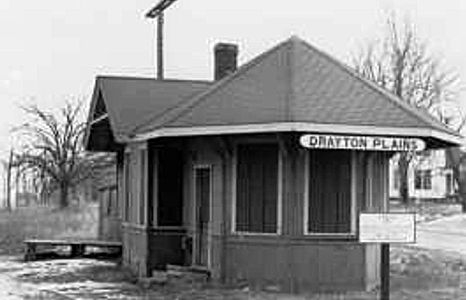 Draytoin Plains was settled about 1835 with a grist mill. A hotel was built in 1838. The grist mill was known as Drayton Mill. [MPN] Drayton Plains is located in Waterford township and is about five miles northwest of downtown Pontiac.

Photo Info: Top, the GTW Drayton Plains MI depot, which was built in 1908. This photo was taken shortly before it was torn down in the late 1980's. [William Miller photo, Frank Riess collection]