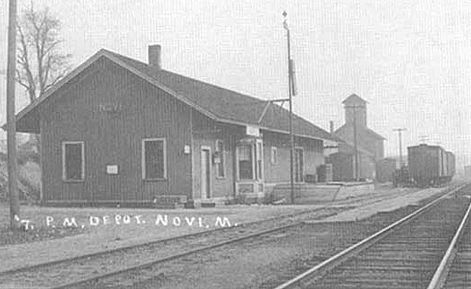 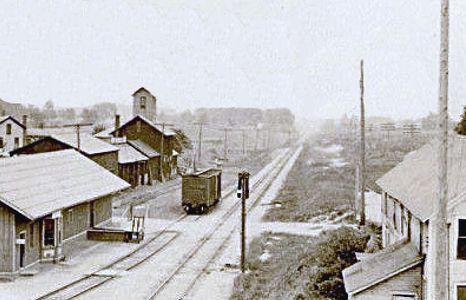 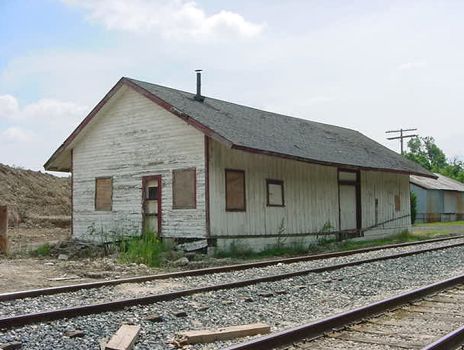 Novi was settled about 1825 as Novi Corners. It was located on the Plank Road and stage line which ran between Detroit and Lansing (along what is now Grand River Avenue). Novi became a village in 1858 and a city in 1969. [MPN]

Photo Info/Credit: Top, the PM depot in Novi with the local elevator in the background. 2nd photo, the same depot in an overhead view. [Alan Loftis collection]. 3rd photo, a 203 view of a railroad building at Novi, possibly the same structure but modified. [Alan Loftis]

1898: Novi was a regular station stop on the F&PM and had a daytime agent at the station. At that time, there was a 50-car passing track here.