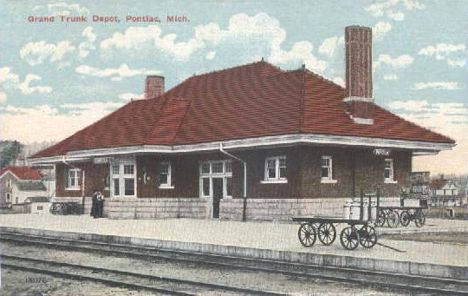 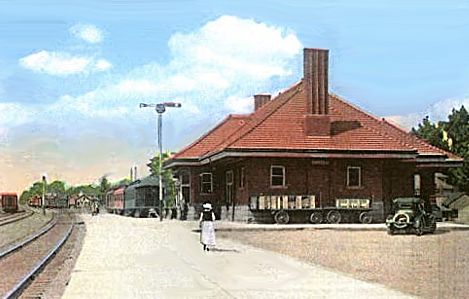 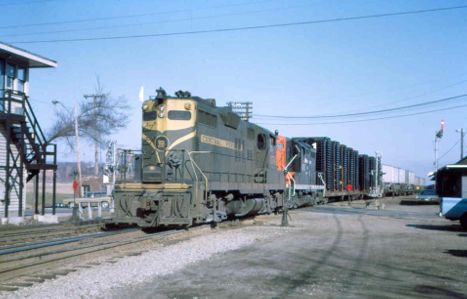 Pontiac is the county seat of Oakland County, and it received early rail service from the Detroit and Pontiac railway. It became a major industrial area in the later half of the 1800's. In addition to the Detroit & Milwaukee railroad (later GTW/CN) which came through here on its line from Detroit to Grand Haven, a number of branch lines terminated here heading to Jackson, Caseville and Richmond. A belt line railroad was also built on the northeast side of the city connecting all of these lines. The town was also served for a period by electric interurban lines which spanned out to Farmington and Detroit as well as city lines in downtown Pontiac.