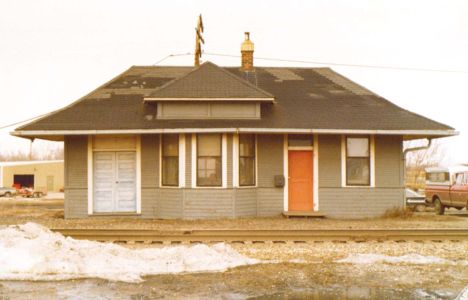 Waterford was settled about 1819. [MPN] The township was located west of Pontiac and the railroad station was in the very north end of the township, about eight miles northwest of the downtown Pontiac GTW station.

The railroad location for Waterford is at Airport Road, four miles west of Pontiac Yard. [ GTW-1971-0501]

Photo Info: Top and 2nd photo, the GTW depot at Waterford in 1978 shortly before the depot burned down due to an electrical fire in November, 1979. [Rich Welsh]