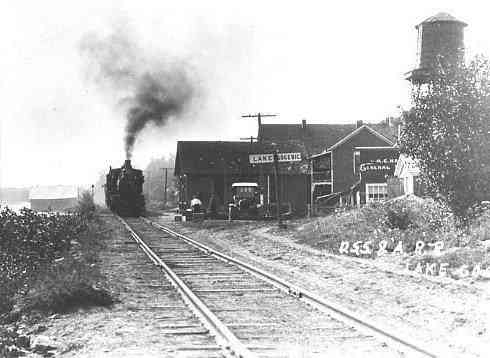 Lake Gogebic was discovered about 1853 by the Gogebic Mining Company. The townsite later became a station stop on the Duluth, South Shore & Atlantic railroad, about three miles west of Bergland in southern Ontonagon County. The town was called Ballentine and then Korelock. It was renamed to Lake Gogebic in 1918. [MPN]

Photo Info/Credit: Top, the DSS&A depot at Lake Gogebic in 1910. The lake, one of the largest in Michigan, is on the left.