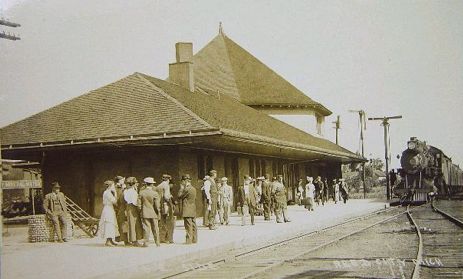 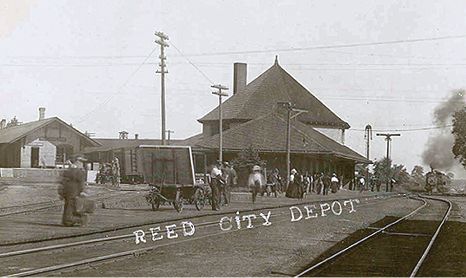 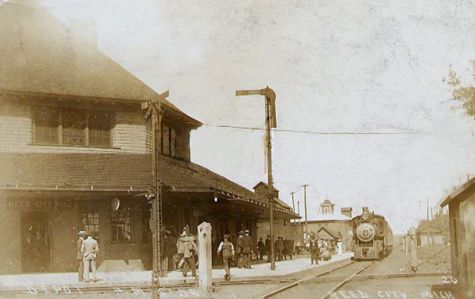 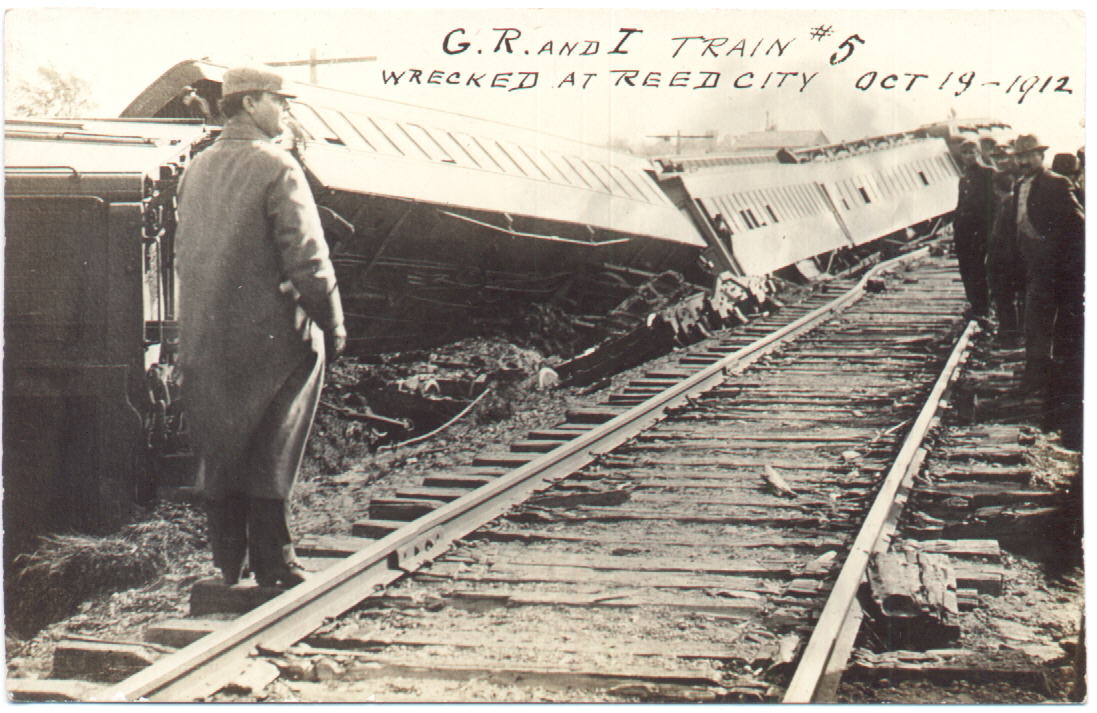 Reed City is located in the southwest corner of Osceola County and is the county seat. In addition to the north-south GR&I, the Flint & Pere Marquette built their east-west line through here enroute to Ludington. Both lines crossed at grade here.

Photo Info/Credit: Top and 2nd photo, the Grand Rapids & Indiana station at Reed City. In the 2nd photo, the PRR freight house is on the wye at the left. It was torn down in 1979. [Alan Loftis collection]. 3rd photo, another photo of the depot which shows the crossing diamond with an approaching train. [Alan Loftis collection]. 4th photo, a Michigan Northern train with the 1554 in the lead, approaches the C&O diamond southbound. [Greg Bunce]. Last photo, a train wreck near Reed City on October 19, 1912. [Gary Bricault collection]