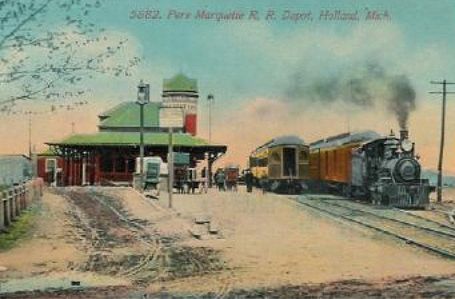 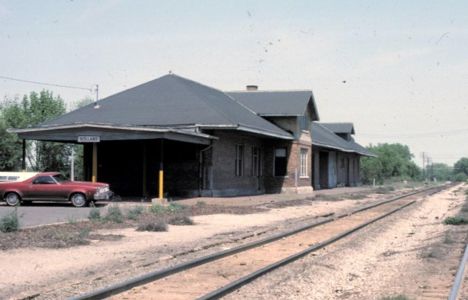 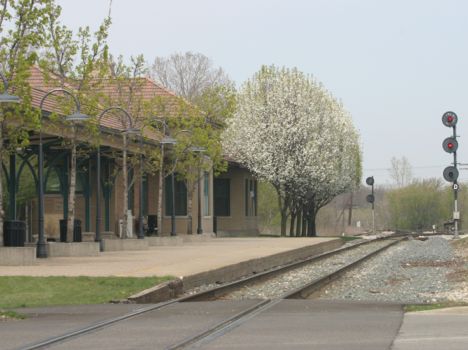 Holland was a junction point for several Pere Marquette lines as well as an interurban line running from Grand Rapids to Saugatuck/Douglas. The former Pere Marquette main line had a station here which has been beautifully restored. The PM also had branches from here (Waverly) north to Muskegon and southeast to Allegan.

Photo Info/Credit: Top, an early postcard view of the PM station at Holland with two passenger trains standing by. [Alan Loftis collection]. 2nd photo, another photo of the depot in 1977 [Charles Geletzke]. 3rd photo, the Amtrak depot at Holland in the spring, 2004, with flowering trees and an eastbound stop signal indication. [Dale Berry]