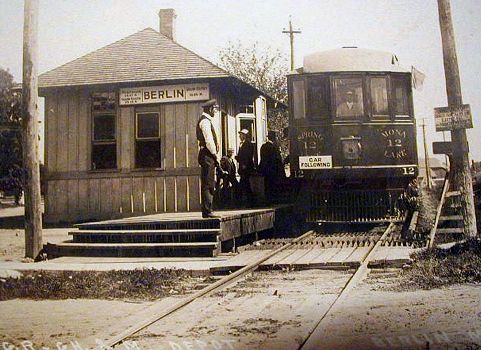 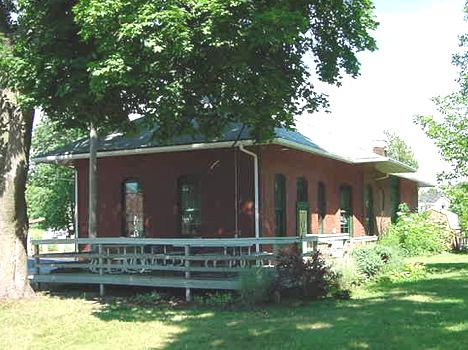 Marne is located on the former Grand Trunk Western line from Grand Rapids to Grand Haven, about three miles west of Walker. The town was also on an interurban railroad line.

Photo Info/Credit: Top, the interurban depot at Marne, which was known as Berlin until the name was changed in 1919. Note the sign on the car which says "car following", suggesting that this train is not far behind and carries the same timetable rights as the first train. Steam railroads often used green flags on the front locomotive for this purchase, as did interurban lines. [Alan Loftis collection]. 2nd photo, a 2003 view of the Marne depot. [Alan Loftis]