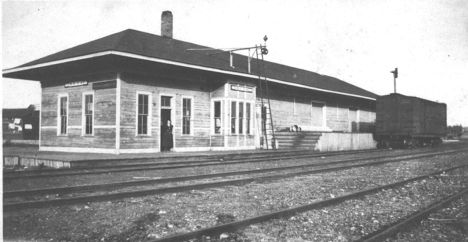 Metz was settled in Presque Isle County about 1879. [MPN] The Detroit & Mackinac railroad began serving the community after it purchased the Alpena & Northern railroad. The station in Metz reportedly burned during the forest fire of 1908 and it is not known whether the photos at the right are before or rebuilt after the fire.