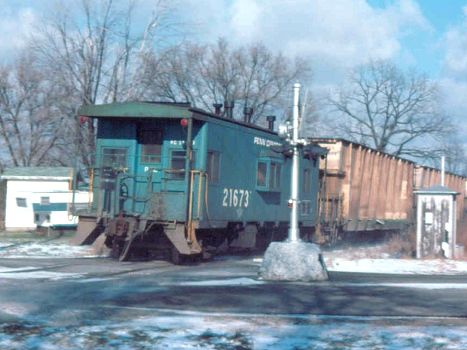 Henderson was settled about 1858 and also known as Hendersonville. A store was built here in 1868 and a hotel in 1875. [MPN] The Jackson, Lansing & Saginaw railroad (later MC/NYC) established a station here on their line from Jackson to Bay City.

Photo Info/Credit: This 21000 series way car brings up the rear of a Penn Central coal train at Henderson. This train is headed for Bay City. 1970. [Charlie Whipp]