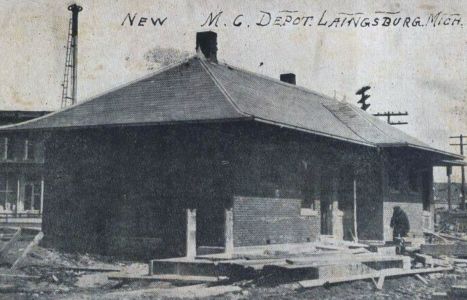 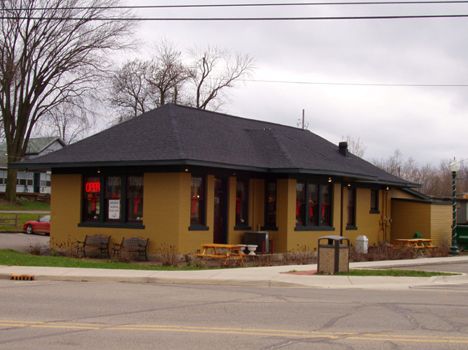 Lainsburg was a station stop on the Jackson, Lansing & Saginaw railroad (later MC/NYC) on their line from Jackson to Bay City.

Photo Info/Credit: Top, a photo of the Laingsburg depot during construction. 2nd photo, the depot in 2003. [Both, Alan Loftis]