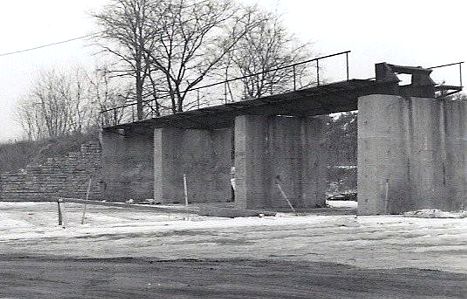 The University of Michigan campus in Ann Arbor received coal to power steam heating systems on campus. The coal reached the power plant via a short UM-operated branch line off the Michigan Central, east of the Ann Arbor station. The branch locomotives used electric locomotives for a time and then switched to diesel before discontinuing operations all together in the 1970's.

Photo Info/Credit: A 1968 photo of the coal dock on the spur to the University of Michigan power plant, taken from near the NYC main line. [Charles Geletzke]