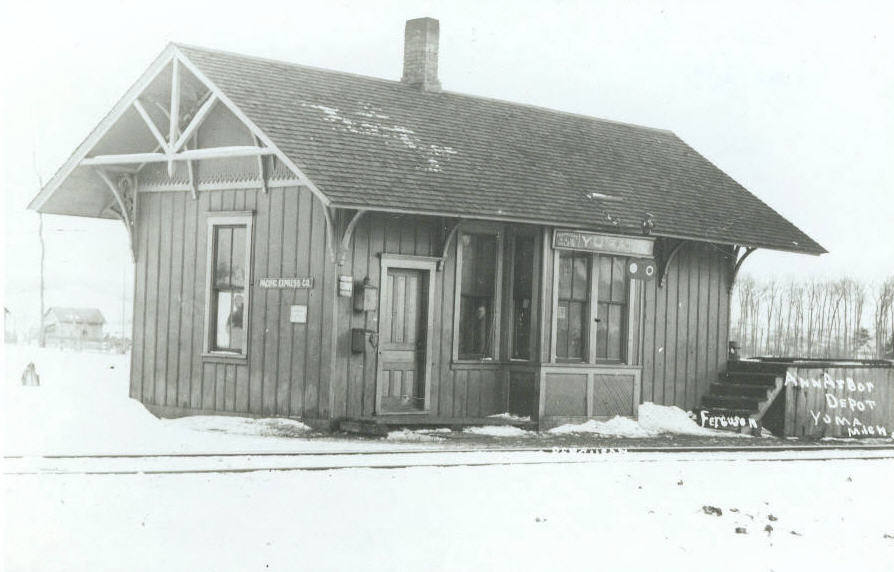 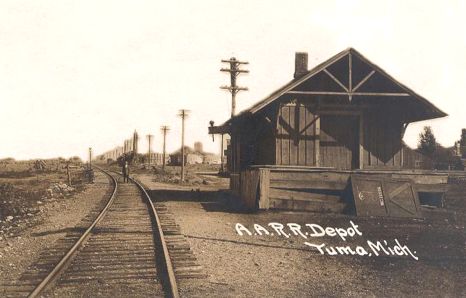 Yuma was settled about 1888 on the Toledo, Ann Arbor & Northern railroad. Coal kilns from a chemical plant in Harrietta were moved here at that time. [MPN] Yuma is located about three miles southwest of Mesick, and is currently (2015) the end of the former Ann Arbor railroad line operated by Great Lakes Central.