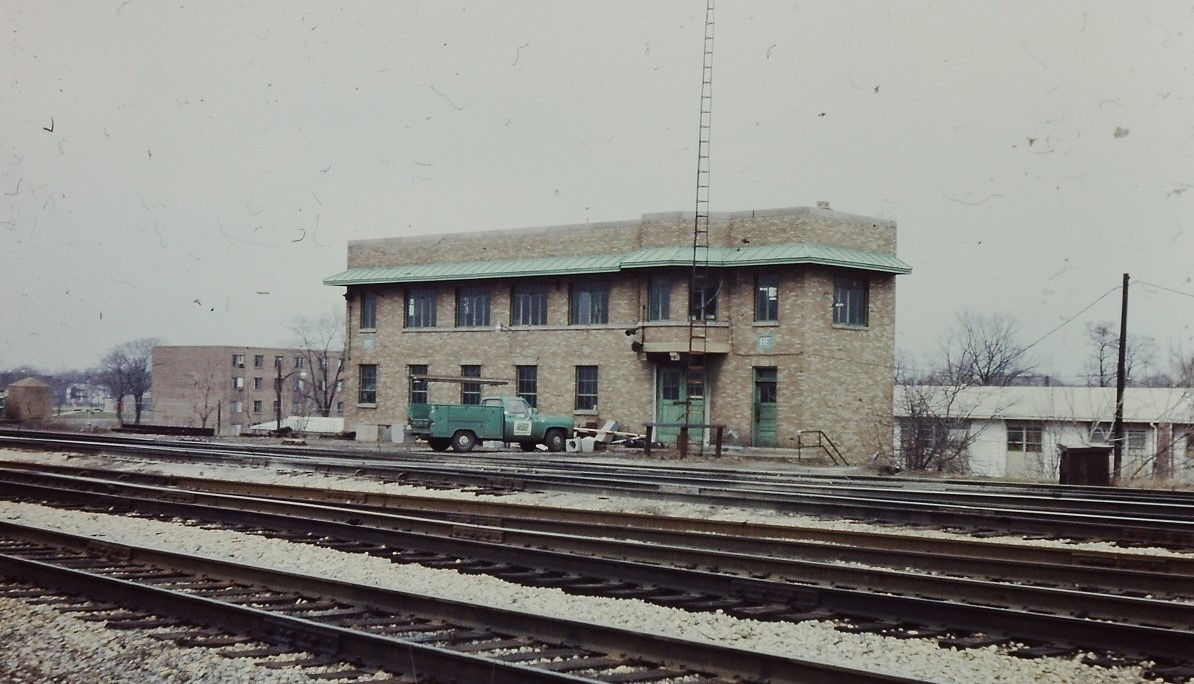 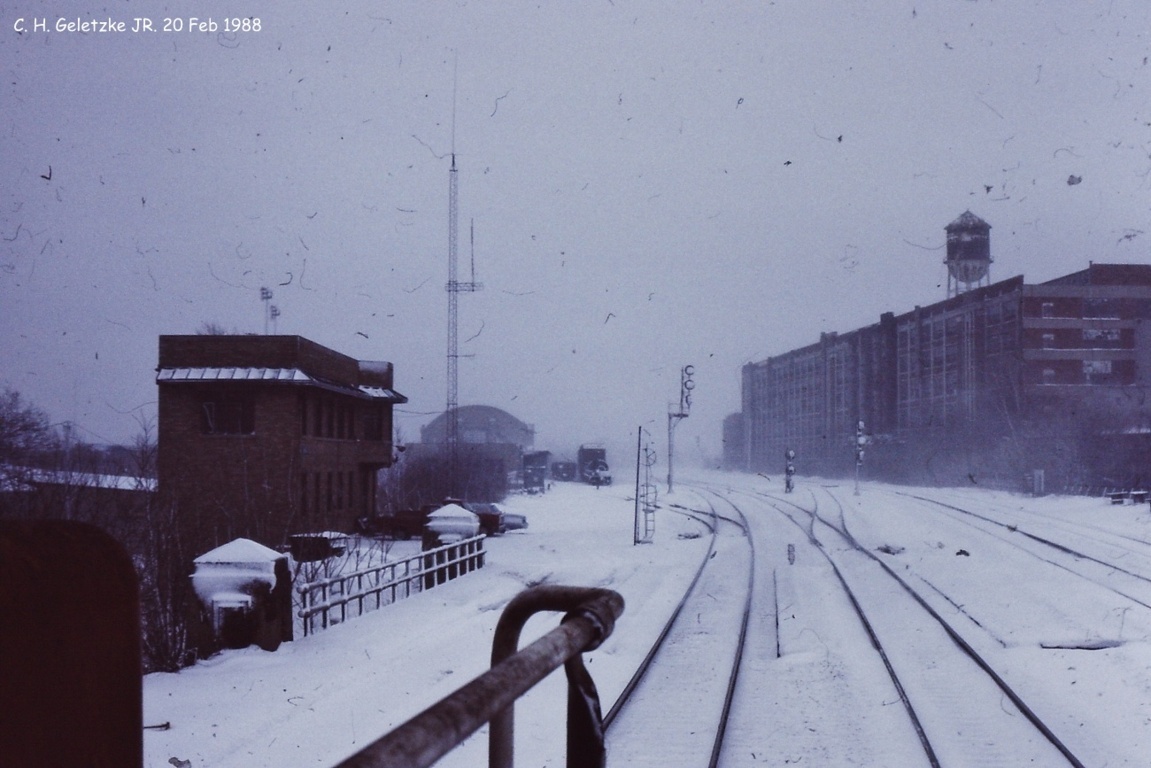 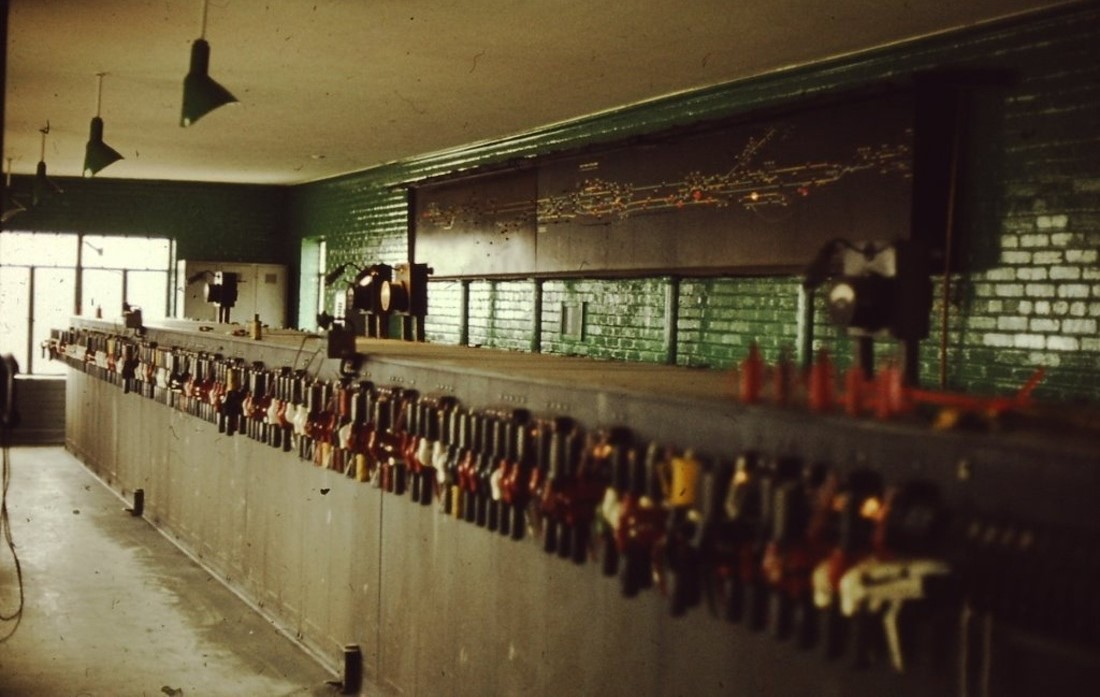 HF Tower, also referred to as NF-HX Tower, was an interlocked crossing. The original GTW main line crossed the Lake Shore & Michigan Southern here. Nearby was the crossing of the Michigan Central South Bend branch. It was, located 1 mile north of the NYC passenger station. [ETT-1947]

The tower was owned and operated by the New York Central, a successor to the LS&MS. The interlocking was a General Railway Signal (GRS) pistol grip machine with 304 levers.

Photo Info/Credit: Top three photos are of HF/Bend Interlocking in South Bend IN in 1977. [Charles Geletzke Jr.] The 4th photo is a track diagram of HF in 2004. The 5th photo is an NYC track diagram from 1964.