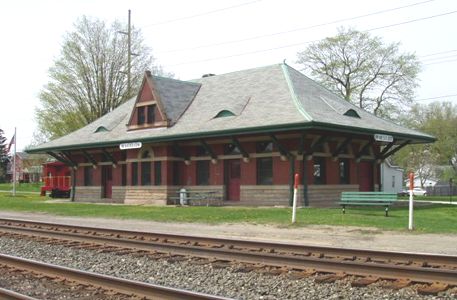 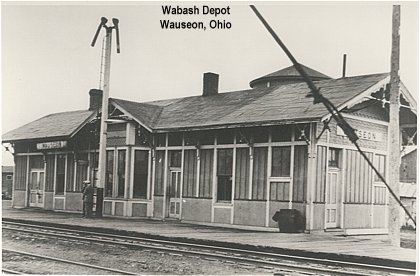 Wauseon, Ohio is a city in Fulton County. The town was platted in 1853 when the Michigan Southern (predecessor to the LS&MS) arrived in town. It was incorporated as a village in 1859 and became county seat in 1969 [Wiki]. The interurban Toledo & Indiana Railway also crossed the DT&I line parallel to the NYC at the NYC interlocking tower.

The east-west Wabash line crossed the north-south DT&I line on the north side of town north of Oak Street. They had an interlocking tower there.

July 29, 1895. Train No. 37 of the Lake Shore & Michigan Southern was stopped by robbers near Wauseon on the night of July 23 about midnight and the express car was attached. The way safe wss riffled and a little money secured, but six charges of dynamite failed to open the through safe and the robbers left without opening it. [RG] 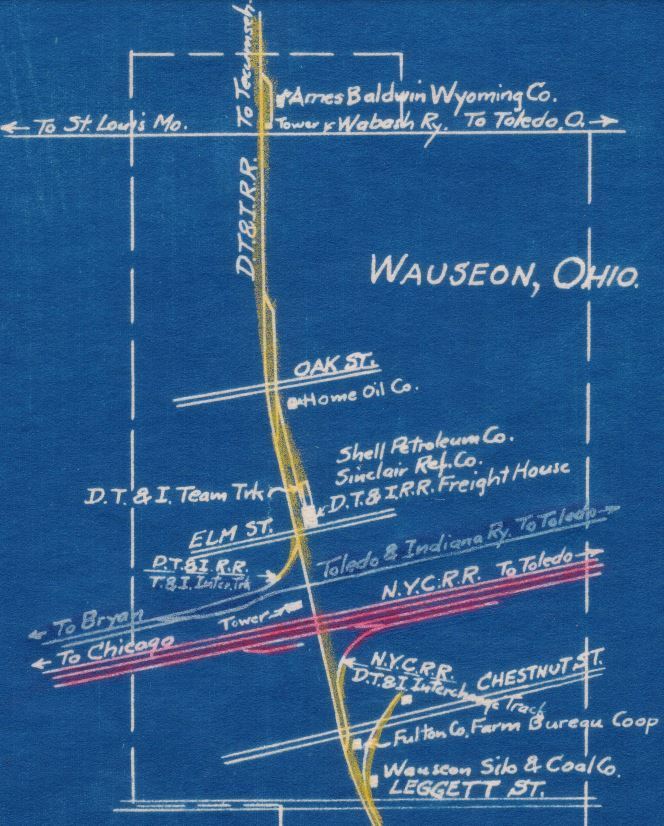 1930. The DT&I had a freight house on the east side of their track at Elm Street. They also had a wye to the electric railroad (NW quadrant) and with the NYC (SE quadrant). Teh DT&I servrd the Ames Baldwin Wyming Co. (must north of the Wabash Tower), the Home Oil Co. at Oak Street, the Shell Petroleum Co. and Sinclair Refining Compant just north of Elm Street, the Fulton County Farm Bureau Coop Association and the Wauseon Silo & Col Co. between Leggett and Chestnumt Street on the east side of the DT&I line.