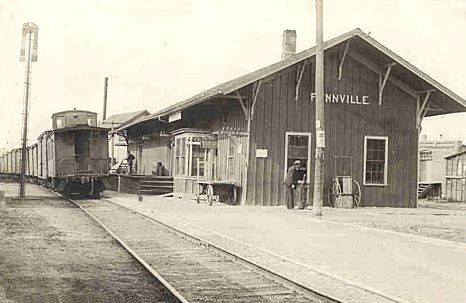 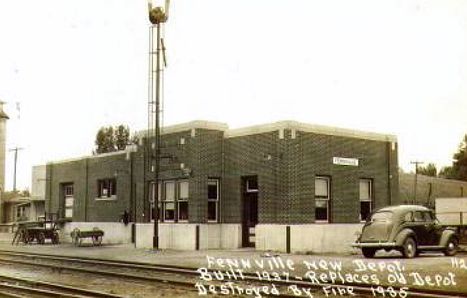 Fennville was settled in 1860 and was the location of an early sawmill. The village was platted in 1871 by the Emerson & Company which owned much of the land in the area.  Later that year, the town burned down and was rebuilt. [MPN] Fennville was a station on the Chicago & West Michigan (later PM/C&O) about 12 miles south of Holland.

Photo Info/Credits:  Top, the PM depot at Fennville, which was destroyed by fire in 1935.  It was replaced with the brick depot below, which was built in 1937.  Bottom photo, another vview of the first depot with a train stopped in front.  [All Alan Loftis collection] 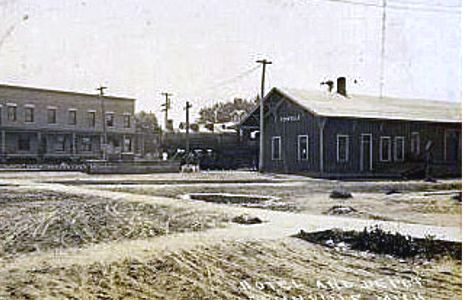