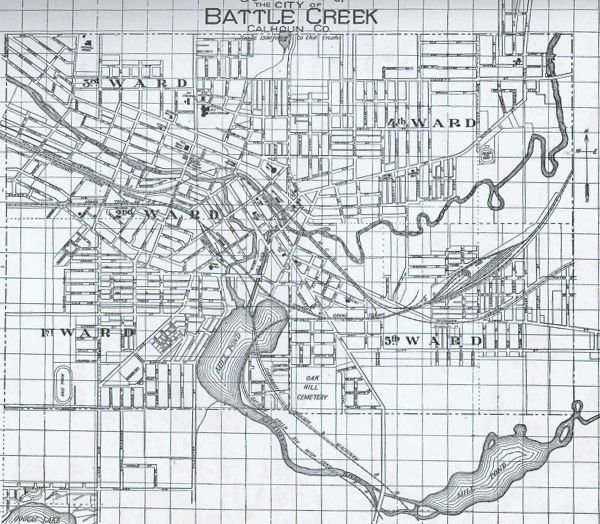 Battle Creek was settled in 1824 and platted as a village in 1836. It is located in western Calhoun County. It became a village in 1850 and a city in 1859. From a railroad perspective, it was the crossing of the Michigan Central's main line between Detroit and Chicago, and later the Grand Trunk Western crossed from northeast to southwest on their line from Port Huron to Chicago. A third railroad known as the Detroit, Toledo & Milwaukee came through here with their line from Allegan southeast to Dundee and through trackage rights to Toledo.

1845. Michigan Central arrives from the east

1846. MC is extended west towards Kalamazoo

1869. The Grand Trunk Western is built to Charlotte.

1870. The GTW is built southwest to Climax, towards Chicago.

1889. The MC builds a branch south to Sturgis

Nichols & Shepard Company. Makers of Threshers and Engines. (On GTW)