Tekonsha was settled in 1832. The railroad came through here in 1871 and the town became a village in 1877. [MPN] It became a station on the Air Line division of the Michigan Central, between Jackson and Three Rivers. The town was located about 10 miles west of Homer in south central Calhoun County. 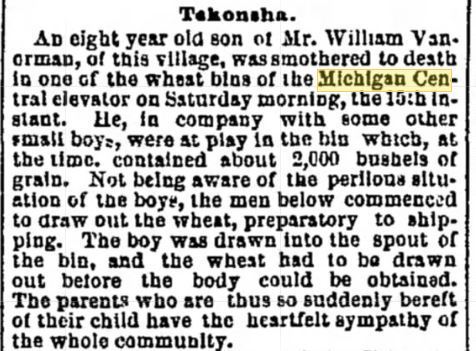 1920. On the Michigan Central Air Line Branch, this is a passenger, freight and express agency joint with the American Railway Express Company. Interline tickets are issued. G. F. Middleton is the agent. The telegraph call sign is "SH". [MCOAS]