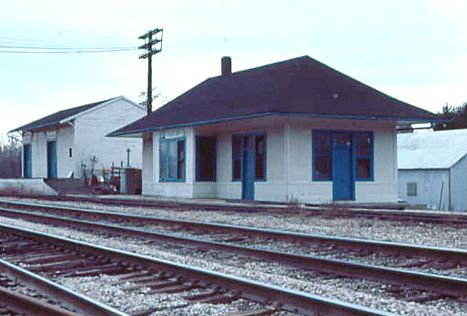 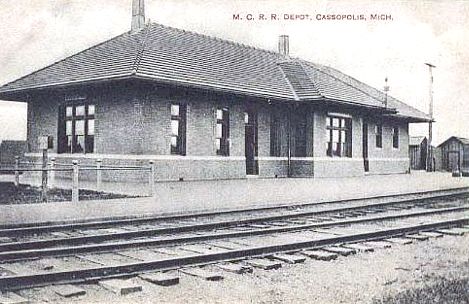 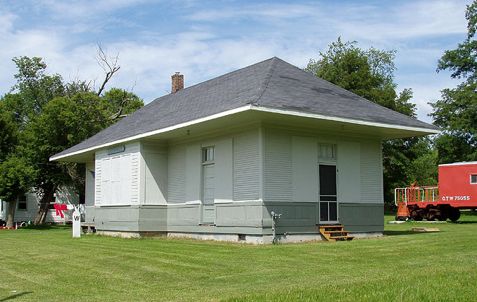 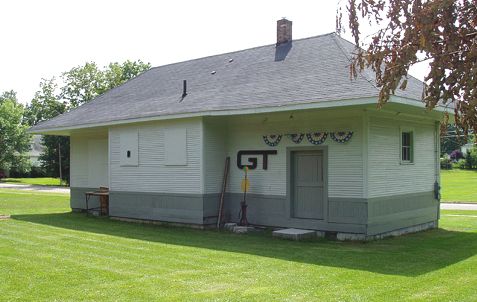 Cassopolis is the county seat of Cass County. It was settled in 1829. It became a village in 1863. In the past, it has also been spelled Cassapolis. [MPN]

Cassopolis was served by the Grand Trunk Western main line running from Port Huron to Chicago. It continues to be operated today by the Canadian National. The town was also served on a east-west route by the Air Line Division of the Michigan Central between Jackson and Niles. This line was abandoned in 1937.

The GTW has always been the dominant railroad in Cassopolis, though the MC had a more substantial depot.

1920 - On the Michigan Central Air Line, this is a passenger and freight agency. Interline tickets are issued. H. E. Jones is the agent. The telegraph call sign is "AP". [MCOAS]