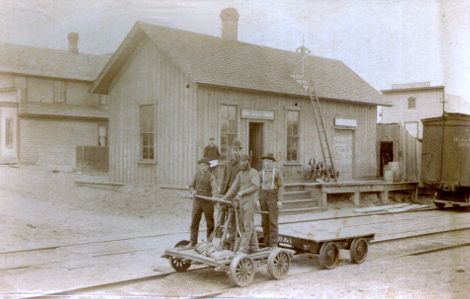 Clarion, in northeast Charlevoix County, was settled about 1874. [MPN] It was a station stop on the Grand Rapids & Indiana railroad about 8 miles north of Boyne Falls.

Photo info/credit: A photograph of a section gang in front of the depot at Clarion, date not known. [Jan Sytek Collection] 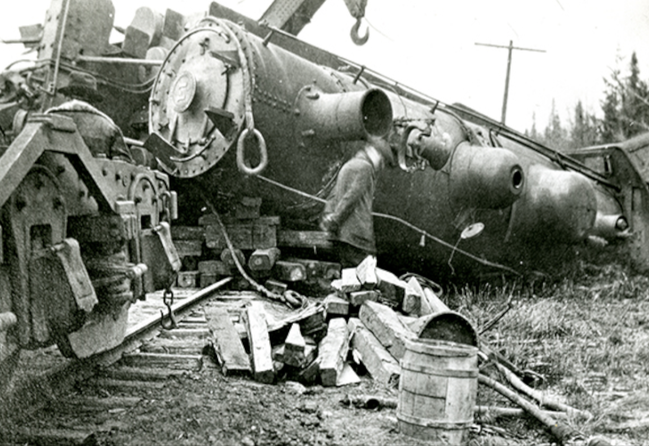 The GR&I suffered a major derailment at the north end of the passing track at Clarion around April 27, 1916 when southbound train No. 4 derailed, causing the engine to turn on its side and several coaches "zig-zag" in disarray. The engineer, who was badly scalded by steam, died and fireman was injured. No passengers were hurt. [Petoskey Evening News - 4/27/1916]