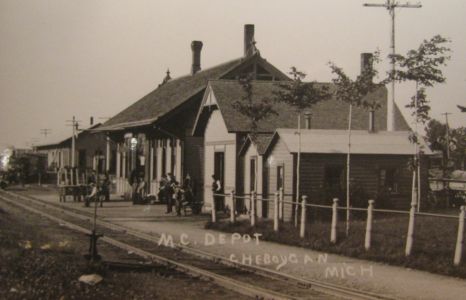 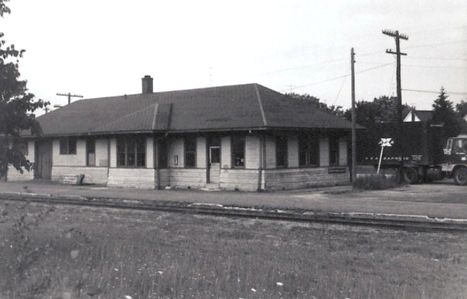 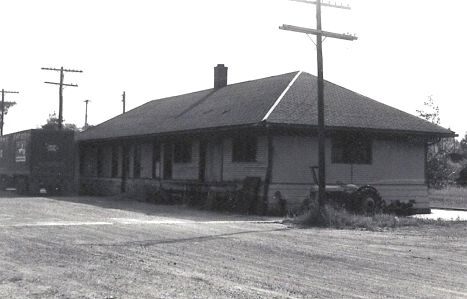 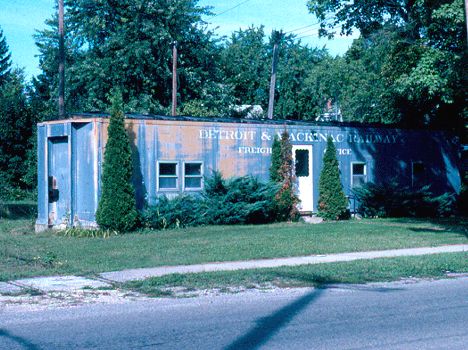 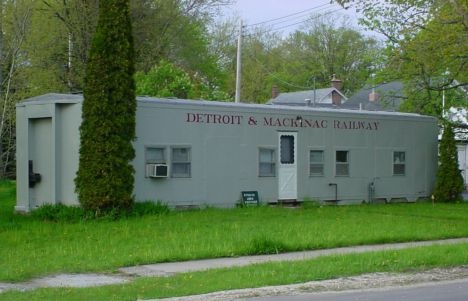 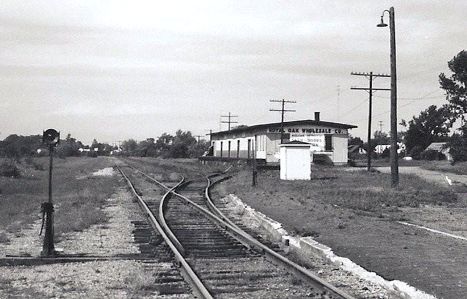 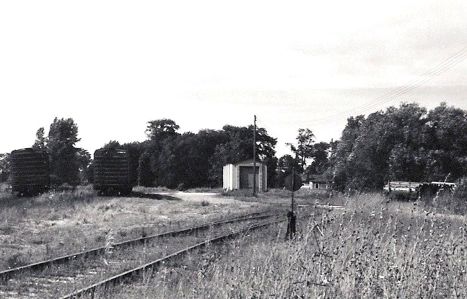 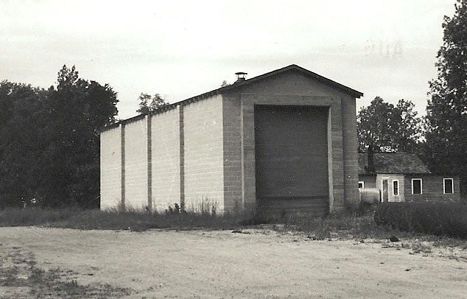 The first railroad to reach Cheboygan was the Michigan Central, on their line from Bay City to Mackinaw City in 1881. Later, the Detroit & Mackinac railway came up to Cheboygan in 1904 and established it's northern terminal here.

The town provided both passenger and freight traffic to both railroads. Though the MC brought passengers past Cheboygan all the way to Mackinaw City, the D&M encouraged passengers to disembark here and take a ferry to Mackinac Island. Both railroads had dock tracks in Cheboygan at one time.

Cheboygan also had industry related to forest products and farming. The railroads provided service to saw mills on Lake Huron on the north side of town, as well as a paper plant along the Cheboygan River downtown. At least one tannery was also served.

At least two MC spur tracks crossed the D&M main line in town and had interlockers in place to prevent collisions.

Photo Info/Credits: Top, the original Michigan Central depot at Cheboygan. [Stoner collection, UMB]. 2nd photo, the MC Depot in Cheboygan in the early 1900's. [Dale Berry Collection] 3rd and 4th photos, two views of the joint NYC/D&M passenger station, in 1967. [Charlie Whipp]. 5th and 6th photos, the D&M freight house in Cheboygan, made from an old box car. First, in 1987 [Dennis Schmidt] Second, in 2003. [Jim Fulkerth] 6th photo, the NYC freight house in Cheboygan in 1967. [Charlie Whipp] 7th photo, the D&M diesel engine house in 1967. Bottom, another photo of the D&M engine house. [Both, Charles Geletske Jr.] The track going off to the right in the bottom photo leads to the Cheboygan waterfront. In the early days, passengers departed from the docks for Mackinac Island.

1915. According to Sanborn maps, the D&M and MC had several non-interlocked crossings along the river near N. Huron and Lake Streets. These were on the dock branches of both roads.  In 1915, both the MC and D&M had parallel spurs to the Cheboygan Paper Co. downtown. [SBM-1915]