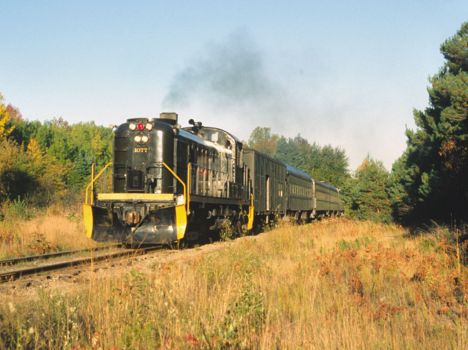 Freedom was a hamlet near Lake Huron, about four miles southeast of Mackinaw City in Cheboygan County. It was settled in 1875. The town was a station on the Michigan Central railroad.

After service on the MC line to Mackinaw was withdrawn, the line north of Sallings, MI (Gaylord) was purchased by the Detroit & Mackinac railway. The D&M operated both lines into north Michigan (the old MC and the D&M) and serviced the railroad car feery in the Straits of Mackinac.