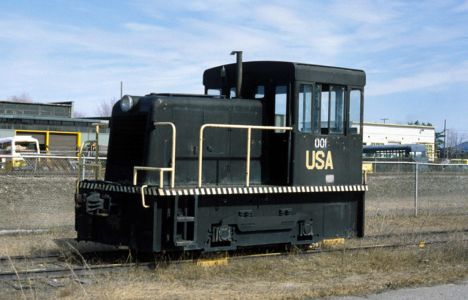 Kinchloe had rail service from the Soo Line railroad via a short branch line which left their main line at Kinross.

Photo Info/Credit: USA No. 001, a small switcher, used at the base. [Neil Plagens]

1943 - Air Force base is built at Kinross during World War II.