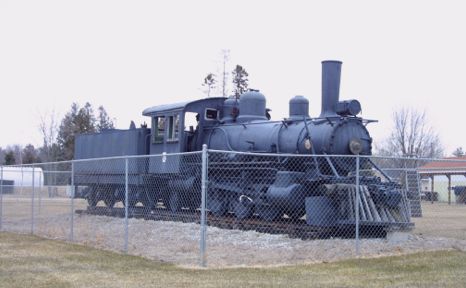 Nahma was a mill town along the north side of Lake Michigan, just west of the Garden Peninsula in Delta County. The town and mill were established as early as 1856, when it gained its first post office. Nahma is an Indian word for sturgeon. [MPN]

Nahma was home to the Nahma and Northern Railroad, which went north from Lake Michigan for miles into the Upper Peninsula to reach forest logging camps. The N&M had 51 miles of track north of the lake.

Photo info/credit: No. 5 of the Nahma and Northern Railway, now in a static display in downtown Nahma. 2003 [Dale Berry]