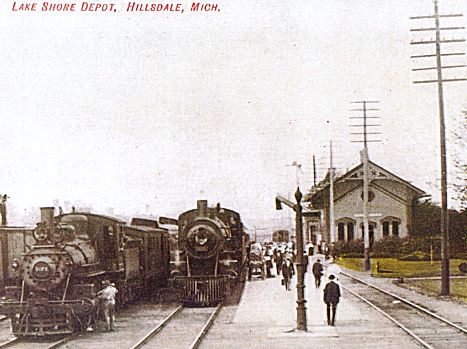 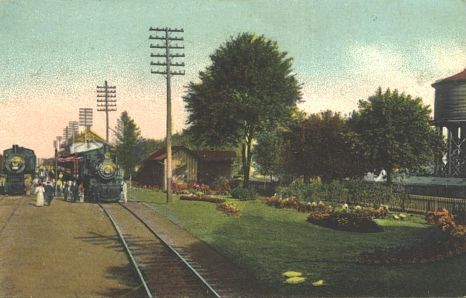 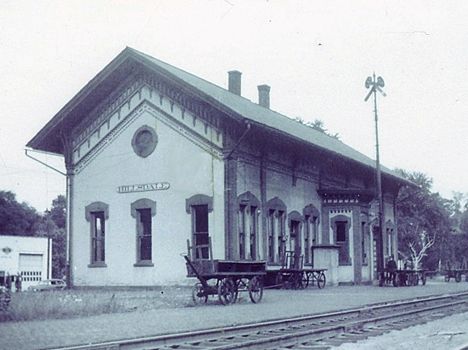 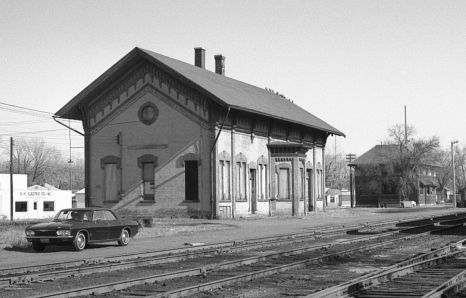 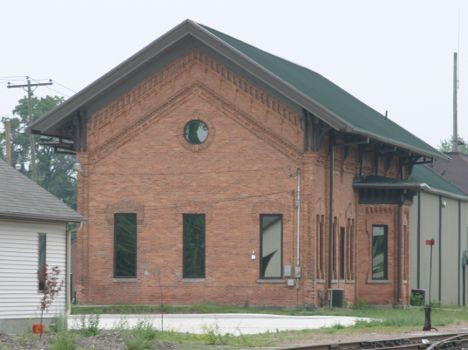 The Lake Shore/New York Central station in Hillsdale was one of the nicest depots on the Old Road. With its high ceiling and brick construction, it has lasted many years. It is now used as a business.

Click here to return to Hillsdale's main page on RRHX.

Photo Info/Credit: Top, a postcard view of the LSMS depot at Hillsdale. This view shows a number of interesting things about Hillsdale in addition to the two trains. Note the water standpipe in the foreground which was used to fill tenders of steam locomotives from a nearby water tower. Also, the railroad used telephone poles which held as many as 36 wires (18 circuits) which suggests that this was a very busy railroad in its day. 2nd photo, another postcard view.  3rd photo, the NYC depot at Hillsdale in 1954. [Roger Card photo, T. J. Gaffney collection], 4th photo, the same depot in 1969 with the division offices behind it. 5th photo, the former depot in2003 which has been restored. [Dale Berry]